Review: When I Wasn't Watching by Michelle Kelly 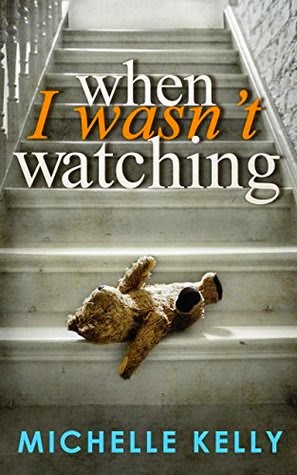 Back cover blurb: Every parent’s worst nightmare…Eight years ago, Lucy and Ethan Randall’s little boy, Jack, was abducted and murdered by teenager Terry Prince. A moment’s distraction had ripped a family apart – and with the loss of their son came the collapse of the Randalls’ marriage. Tortured by memories, Lucy was left to battle her grief while raising her remaining son alone. Now, Jack’s killer has walked free, giving him the second chance at life that little Jack never had. Lucy’s wounds newly opened, her world is turned upside down a second time when another child goes missing – and she can’t shake the suspicion that Prince has struck again. When DI Matt Winston, the same officer who found Jack’s body, is assigned to the case, the echoes of Lucy’s past grow ever more insistent. Bound by their tragic shared experiences, Matt and Lucy grow closer contd...

When I Wasn't Watching, is a book that I initially judged solely on it's cover, and yes, I am aware that I should never do that, but it looked so good that I couldn't resist it!

I'm glad I didn't because it is a wonderful book!

Lucy's young son Jack is brutally murdered by a local teenager, Terry Prince. Eight years on sees Terry being released from the instution that detains him for 'good behaviour'. Lucy as Jack's Mother and Matt Winston DI with the local police force (at the time worked closely with the family) are the first to know.

Matt was instrumental in finding Jack just hours after he had gone missing and bringing his killer to justice. He was inexplicably drawn to Lucy back then amongst the tragedy and grief of the situation. So when he finds himself at her house when her now teenage son Ricky starts misbehaving himself he almost can't believe his luck.

Matt and Lucy begin to confide in each other and share anger at the release of Terry Prince. Lucy's ex-husband Ethan also devasted at the release of Prince begins to reappear in Lucy's life. Although he is no longer a father figure to Ricky, he begins to hassle Lucy, using his wife and Prince's release to make her feel guilty at her growing interest in Matt.

Ricky becomes more withdrawn and rebellious, unwanting of his father's attention, and unwilling to accept a new man in his Mother's life.

Ethan meanwhile, is adamant that his current wife doesn't understand the 'situation' as Lucy does. But Lucy is bitter and recalls how he once stood there and told her that she didn't understand even though it was her that was grieving the most for the loss of their son whilst Ethan was having yet another affair.

When a little boy goes missing in almost identical circumstance to Jack and a man believed to be Terry Prince is attacked and left for dead, Matt faces a difficult scenario as he questions what he knows about the two men in Lucy's life.

When I wasn't watching is a novel focusing on every mothers worst nightmare and is beautiful story about trust, grief and relationships. Highly recommended!

When I wasn't Watching is available now from Amazon online and all good book shops.