Today I am thrilled to welcome to my blog, Joanna Briscoe, author of 'Touched' for a guest post. 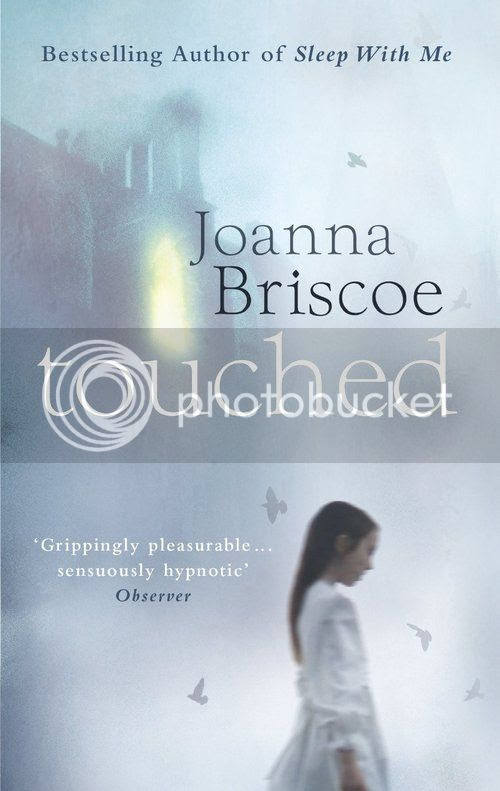 1963: Rowena Crale and her family have recently moved into an old house in a small English village. But the house appears to be resisting all attempts at renovation. Walls ooze damp. Stains come through layers of wallpaper. Ceilings sag. And strange noises - voices - emanate from empty rooms.

As Rowena struggles with the upheaval of builders while trying to be a dutiful wife to her husband and a good mother to her five small children, her life starts to disintegrate. And then her eldest and prettiest daughter goes missing. Out in the village, a frantic search is mounted - while inside the house reveals its darkest secret: a hidden room with no windows and no obvious entrance. Boarded up, it smells of old food, disinfectant - and death...

Set in a world where appearances are everything, and nothing is as it seems, Touched is unsettling, claustrophobic, and utterly gripping.

Touched is beautifully written, and has everything you could want from a novella; crime, horror, love and much more and I am thrilled to be hosting this post today.

Here Joanna talks about the process of writing a novella;

How I wrote this novella.
As described in my Afterword, it was a liberating experience writing a Hammer novella. I had never really thought about writing a ghost story before, and it was my publisher, Selina Walker who had the idea that I should. It did make me realise that there was that element in my fiction all along. But this was a new challenge, and it felt like a delicious, forbidden project that I couldn’t get on with until I’d finished a draft of my full length novel. I allowed myself a single afternoon to work on the idea, which came to me immediately as an image of a girl dressed in Victorian clothes on a village green. The supernatural element grew, as did my memories of childhood.

I also wanted to explore childhood in an earlier era, in which children ran free, and could encounter worrying characters.

I wanted to look at sibling jealousy, and the power of beauty, and at women’s roles in the early sixties, before feminism.

I wrote the novella in an intense, short period, working faster and more urgently than I ever had before. The edit took a lot of time and thought, but I had been shy, to an extent, of the supernatural element, and I had to bring this out more. It was the most enjoyable writing experience I’ve had to date. Writers only sometimes actually enjoy writing! This time, I truly did. I know where the setting came from; I don’t know where the plot or characters came from. They seemed to arrive pretty fully formed, and I raced to make notes on them, and started the novella that very first day, with children crossing a village green…
Touched by Joanna Briscoe, published in paperback by Hammer, 26th March 2015

Thank you to Joanna and Phillipa Cotton at Cornerstone for allowing me me to host my first guest post!