Review: Into the Night by Jake Woodhouse 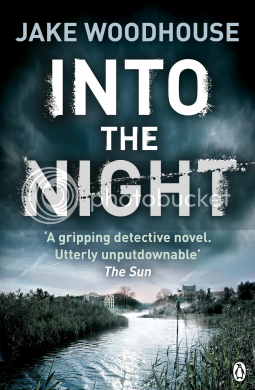 
Back cover blurb: A woman is pushed in front of a train by a man in police uniform. And a body is left on a rooftop, its hands scorched and head missing. Another day in Amsterdam: Western Europe's murder capital. The killer announces to the world that this is merely the beginning. The man tasked with stopping the bodycount is Inspector Jaap Rykel. But as Jaap searches the beheaded body for clues as to its identity, what he finds makes his blood run cold. Why on earth are there pictures of himself - and his home - saved on the victim's phone...?


So I was all set to give Into the Night 5 stars, until the very end. I am sure there will be lots of readers of this novel with whom the ending is popular, but for me personally, it just felt like a little bit of an anti-climax, and a slight overuse of violence within the last few chapters to get to  that point.

Into the night is the second book of a quartet, and I would be interested to read the others in the series. Perhaps I would like the ending of the novel more after reading the beginning of the third novel. I guess I will have to wait and see!

Into the night opens with the discovery of a gruesome body, bloodied, be-headed and burnt. Inspector Jaap Rykel is called to the scene to investigate and becomes increasingly uneasy as he realises that the victims phone holds a picture of himself.

When another body appears whose phone holds details of Jaap's lover, Jaap really begins to worry. As an inspector he is used to people holding grudges against the police, but he has never seen anything like this. Is the killer indeed someone that is holding a grudge. Or are they just trying to throw Jaap off the scent?

As Jaap is trying to figure out exactly what's going on, a homeless woman is pushed in front of a train by a man in a police jacket. Jaap has to question, is it one of his own with a grudge? Or is there just someone out there that really hates the police force in general?

Jaap has to work hard to get his answers, and this book requires quite a bit of concentration as there are several cases closely linked to each other and quite a lot of police characters to keep a track off. Although I might have found this a little easier if I'd read the first book in the series.

Although I was personally disappointed with the ending, I had been throughly engaged in the novel up until that point and would recommend it to any crime fiction fan.


Into the night is available from 26 March 2015. You can pre-order it now from Amazon online.