Review: The Man who Watched Women by Hjorth and Rosenfeldt 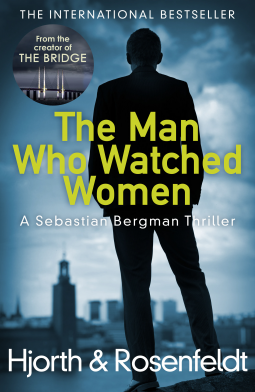 The Man Who Watched Women by Michael Hjorth and Hans Rosenfeldt.
Publisher:
Release date:
Rating: *** and a half
Back cover blurb: As a heatwave blazes in Stockholm, a series of women are found brutally murdered and the Criminal Investigation Department is getting nowhere. The murders bear all the hallmarks of Edward Hinde, the serial killer jailed by psychological profiler Sebastian Bergman fifteen years earlier. Sebastian desperately needs some order in his chaotic life. The revelation that he has a daughter, Vanya, could provide this longed-for stability. But should he tell her the truth and risk destroying her life and career? Forcing his way into the investigation, Sebastian soon learns that the murders are connected to him and that no one around him is safe. Including Vanya.


This is the first ‘Sebastian Bergman’ thriller that I have read, although I understand there is a previous novel in the series. Although I enjoyed the novel, I did find it a little long, and I have seen other reviewers comment with similar views.

The Man Who Watched Women is a little show to get going, in fact I only found myself really gripped through the last couple of chapters, and as regular readers of my blog will know, I love a good crime thriller! That said, I did enjoy the novel, there was something there that stopped me putting it down, even during the earliest stages of the novel where everything was a little slow.

Michael Hjorth and Hans Rosenfeldt the authors of The Man Who Watched Women are both experienced screen-writers, and for me in quite a few aspects of this novel, it is obvious. Much of the novel could be a television series, the ways the characters and locations are detailed, could easily be part of a television script. However, I do think it would make a very good television series..

The Man Who Watched Women revolves around Stockholm’s Criminal Investigation Department at Riksmord desperately trying to track down a serial killer, a brutal murderer who seems to be copying the crimes of psychopathic killer Edward Hinde, who is now safely behind bars.

Renowned psychological profiler Sebastian Bergman is the man who put Hinde behind bars and knows him better than anyone. He is convinced that he is somehow involved in the most recent murders. But Riksmord are reluctant to ask for his help, equally as sure that this is purely a copycat killer that they are looking for.

As Sebastian becomes more heavily involved in the investigation, he realises that all is not as it first appears. There are a series of unexplained links to each of the victims that lead him to believe that the killer has some sort of personal link back to him, but struggles to articulate his concerns to the investigative team.

The Man Who Watched Women is a good crime novel there is not doubt about that, it just could have been a little but shorter in my opinion.

The Man Who Watched Women is available to buy now from Amazon online and all good book shops.