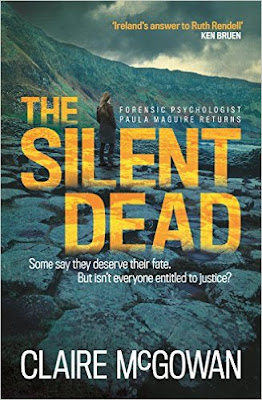 The Silent Dead by Claire McGowan
Publisher: Headline
Release date: 19 November 2015
Rating: ****
Back cover blurb: Victim: Male. Mid-thirties. 5'7". Cause of death: Hanging. Initial impression - murder. ID: Mickey Doyle. Suspected terrorist and member of the Mayday Five. The officers at the crime scene know exactly who the victim is. Doyle was one of five suspected bombers who caused the deaths of sixteen people. The remaining four are also missing and when a second body is found, decapitated, it's clear they are being killed by the same methods their victims suffered. Forensic psychologist Paula Maguire is assigned the case but she is up against the clock - both personally and professionally. With moral boundaries blurred between victim and perpetrator, will be Paula be able to find those responsible? After all, even killers deserve justice, don't they?


The Silent Dead is the first of Claire McGowan’s, Paula Maguire series that I have had the pleasure of reading, I would like to go back and read the first two in the series for my own pleasure, but I don’t believe it’s necessary for the enjoyment of this novel.


Forensic psychologist Paula Maguire is among the first on the scene when a member of the so called May Day Five (those responsible for the devastating May Day bombing) is found hung.

The immediate and inevitable conclusion is suicide; however it soon becomes clear that this is anything but.

A mysterious handwritten note is found upon the body linking the killing to the ‘May Day Trial’ where the bombers were set free, the families and their victims left distraught, wanting answers and possibly revenge.

Clearly the families of the victims are among the first suspects, but something just doesn’t add up...

When a second body is discovered, fears grow for the other members of the organisation.

No matter what they did, they are still human beings and Maguire is determined to get to the bottom of the case before the others are declared missing or worse still found murdered.

Her issue is, she is not an official member of the investigation team, and is heavily pregnant, neither of which endear her to the officer in charge of the investigation. But Maguire doesn't much care; neither for protocol, or for what others think of her. She is determined only to do her job.

The Silent Dead is a novel that highlights some of the troubles in Northern Ireland without being too brutal. It is gripping and in parts disturbing, but always enjoyable. I very much look forward to McGowan's next one...
The Silent Dead is available to buy now from Amazon online and all good book shops.

Thank you to the publishers who approved my request via Bookbridgr/Netgalley in exchange for an honest review.

Check back tomorrow for my spot on the official blog tour: 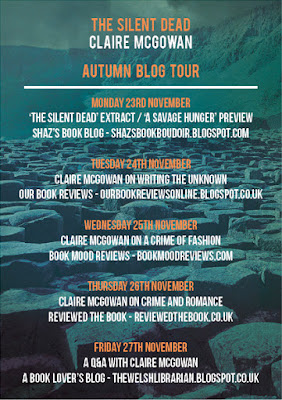