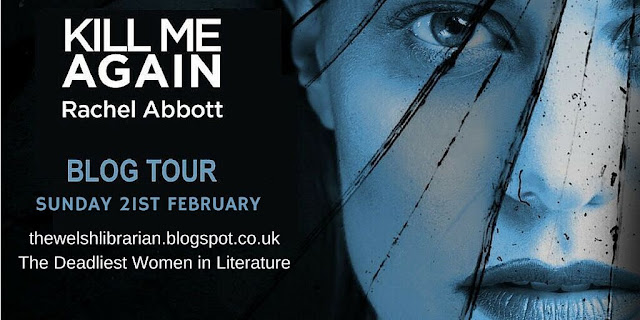 Today I am delighted to be hosting Rachel Abbott, author of Kill Me Again to talk about her...

What a great subject to talk about! The fact is, of course, that very few women are actually killers. That was the whole thinking behind my first novel Only the Innocent. I wanted to create a woman that we could all care about who actually had no choice but to murder a man. In devising the plot, I had to think what would make me kill somebody (not that I have done – or at least, not yet). So I particularly like the idea of deadly woman. However, it has to be said that the women below didn’t have any excuse for their behaviour – whereas I try to give my bad guys at least some reason for their actions!


Annie Wilkes – Misery – Stephen King
The woman who gave us Cockadoodie and hobbling? I still shake from head to toe when I recall how Annie Wilkes puts the brakes on her favourite writer, Paul Sheldon. The genius of Stephen King to have the writer become the prisoner of his ‘number one fan’ strikes a nerve!

Nurse Ratchet – One Flew Over the Cuckoo’s Nest – Ken Kesey
The nurse as battleaxe is sealed with this performance from Louise Fletcher. With her crazy winged hair and staring eyes, she has total control over her already damaged and vulnerable patients. I love that her desire to humiliate them is challenged by the arrival of charismatic Randle McMurphy (Jack Nicholson) who nearly succeeds in strangling her. She lobotomises him as revenge!

Mrs Danvers – Rebecca – Daphne du Maurier
My favourite book of all time! In this story the evil housekeeper – Mrs Danvers – is grief stricken by the death of the beautiful, vivacious first Mrs de Winter, Rebecca. Mrs Danvers sets out to unsettle and unseat the rather plainer, quieter second wife of the wealthy Maxim, whose name we never learn. Danvers – or Danny, as Rebecca used to call her – convinces the second wife that she will never replace Rebecca in Maxim de Winter’s heart and she is an evil presence throughout the book. On reading Rebecca, the icy fingers of ‘Danny’ curl around your neck and make you shudder!


Barbara Sabich – Presumed Innocent – Scott Turrow
This lady took no prisoners when she found out that her husband was having an affair. Attorney Rusty Sabich had a relationship with his colleague Carolyn Polhemus who is subsequently found murdered after an apparently bungled sex attack. He quickly becomes the prime suspect. I can’t give away what the character Barbara Sabich did to exact her revenge but it was ground-breaking at the time and still shouts originality to this day.


Merricat Blackwood – We Have Always Lived in the Castle – Shirley Jackson
The heroine and narrator of this book, Merricat, displays so much love and devotion to her sister Constance that it’s hard to hate her for what she has done. But as the story unravels we can see that Constance is a prisoner of this love because she is the only one who has survived the wrath of Merricat’s last little tantrum. She’s a poisoned chalice but we are left wondering how responsible she is for her own sugar-laced actions.

With thanks to Katie Brown PR and Rachel Abbott-
I'm delighted to be hosting a paperback and t-shirt giveaway on Twitter today.
Head over to @WelshLibrarian for details!
(UK and Ireland Only) 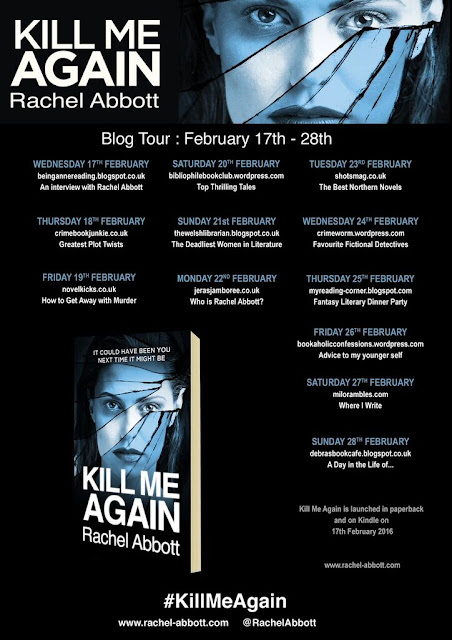 You can read my review of Kill Me Again here.

A huge thank you to Katie Brown PR and Rachel for allowing me to take part in the Kill Me Again blog tour.