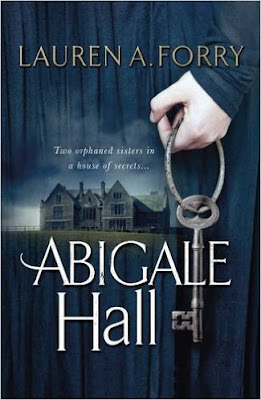 Abigale Hall by Lauren A. Forry
Publisher: Black & White Publishing
Release date: 20 April 2016.
Rating: *** and a half
Back cover blurb: Two orphaned sisters in a house of secrets… On a foggy evening in 1947, seventeen-year-old Eliza and her troubled little sister Rebecca are banished by their aunt and sent to work at an isolated Welsh mansion. But there are rumours of missing maidservants and a ghost that stalks the deserted halls... Wandering through the mansion’s dusty rooms, Eliza finds blood-spattered books, crumpled photographs and portraits of a mysterious woman – clues to a terrible past that might just become Eliza’s future. As Eliza unravels a mystery that has endured for decades, Rebecca falls under the spell of cruel housekeeper Mrs Pollard, who will stop at nothing to keep the house’s secrets. But can the sisters uncover the truth and escape back to London before they meet a dreadful fate?


Eliza and Rebecca are victims to the horror of the Second World War, their Mother killed by a bomb, their Father driven to Suicide.

They are sent to live with their aunt in London, but she has problems of her own to deal with and Eliza and Rebecca soon find themselves isolated in the Welsh countryside in a creepy mansion.

Forced into work that neither of them want to do, instead of growing closer due to their shared desperate situation, Eliza and Rebecca begin to drift apart. Rebecca has always been troubled but begins to push her sister away.

Used to having to constantly look after Rebecca, once she has become used to her sisters rejection, Eliza becomes curious about the house they are living in. Against the housekeepers wishes she begins to explore its depths whilst no one is looking.

What she finds scares her.

And as Rebecca falls under the spell of the mysterious and vicious housekeeper Mrs Pollard, Eliza is more determined than ever to get them out of the Welsh countryside and back to London where they belong. 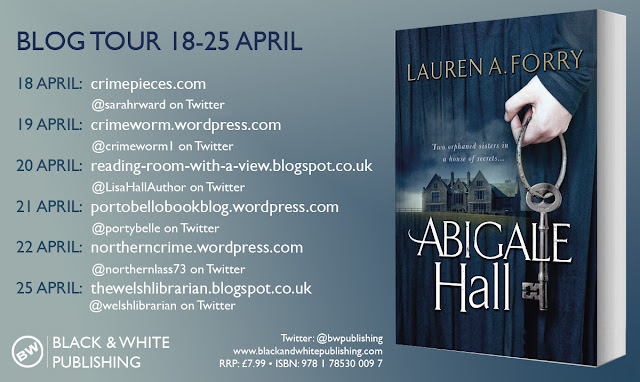 Thank you to the publishers who sent me an advanced proof of this novel in exchange for an honest review.