Review - Miss Treadway and the field of stars by Miranda Emmerson 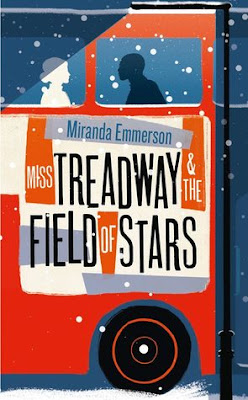 Miss Treadway and the field of stars
Publisher: 4th Estate
Release date: 12 January 2017
Rating: *** and a half
Back cover blurb: Soho, 1965. In a tiny two-bed flat above a Turkish café on Neal Street lives Anna Treadway, a young dresser at the Galaxy Theatre. When the American actress Iolanthe Green disappears after an evening’s performance at the Galaxy, the newspapers are wild with speculation about her fate. But as the news grows old and the case grows colder, it seems Anna is the only person left determined to find out the truth. Her search for the missing actress will take her into an England she did not know existed: an England of jazz clubs and prison cells, backstreet doctors and seaside ghost towns, where her carefully calibrated existence will be upended by violence but also, perhaps, by love. For in order to uncover Iolanthe’s secrets, Anna is going to have to face up to a few of her own…

Miss Anna Treadway is a dresser at the Galaxy Theatre in London. Iolanthe Green is the star of the show, and Anna gets to see more of her life than she sometimes bargains for. Although quiet, Anna herself is no shrinking violet, and is used to her ways, but Iolanthe sometimes shocks even Anna with her behaviour.

But nothing prepares Anna for the shock she gets when she hears that Iolanthe has gone missing.

At first believing it is a simple misunderstanding, Anna turns up at the theatre waiting for Iolanthe. When it becomes clear she is not going to show, Anna takes matters into her own hands, and contacts the Police.

And then the rumours begin...

Anna is sure that the rumours that are circulating about Iolanthe cannot be true. She surely cannot have been murdered and must still be alive. But if that is the case, then who or what is she hiding from?

Anna is determined to find her friend, no matter what the cost to her personally.

Miss Treadway and the field of stars is a good novel to start the new year with, especially if you are looking for something a little different. Personally, the ending wasn't to my taste, but I think with a novel like this, it is always going to be difficult to please everyone.

This novel offers a great and different perspective into the swinging Sixties, and is an all round great read.