Review - Good Me, Bad Me by Ali Land 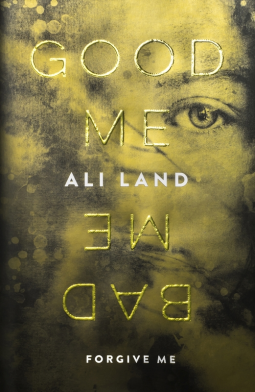 Good Me, Bad Me by Ali Land

Back cover blurb: NEW NAME. NEW FAMILY. SHINY. NEW. ME.' Annie's mother is a serial killer. The only way she can make it stop is to hand her in to the police. But out of sight is not out of mind. As her mother's trial looms, the secrets of her past won't let Annie sleep, even with a new foster family and name - Milly. A fresh start. Now, surely, she can be whoever she wants to be. But Milly's mother is a serial killer. And blood is thicker than water. Good me, bad me. She is, after all, her mother's daughter...

Milly however is struggling to leave her past behind, formerly known as Annie, the reason for her new foster family is her Mother.

A Mother on trial, a serial killer guilty of some truly heinous crimes.

The case has hit the headlines with Milly's Mother being dubbed 'the Peter Pan Killer'. A monster guilty of abusing, torturing and killing young children in the worst way imaginable.

Phoebe hates Milly almost instantly. Milly shouldn't take this personally, Phoebe pretty much hates anyone who takes the spotlight away from her. She is young, blonde, pretty and has the luxury of being one of the most popular girls at school.

But Phoebe underestimates Milly, thinks that she is just another foster kid. Milly is a much more complex character, conditioned from a young age by her evil Mother. She is a fragile creature, struggling to cope in the outside world, and Phoebe may be the one that pushes her over the edge.

How exactly will she handle that?


Ali Land's debut is a dark and disturbing novel, that is sure to be a hit in 2017. It will be well deserved...

It is a cracker of a novel to start the year with, and I hope she has more like this up her sleeve.


Good Me, Bad Me is available from 12 January 2017.
You can pre-order it now via Amazon online.