Review - How to Murder Your Life by Cat Marnell 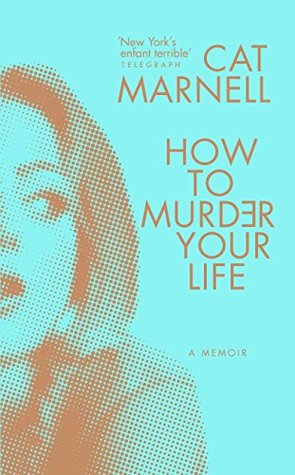 Back cover blurb: At the age of 15, Cat Marnell unknowingly set out to murder her life. After a privileged yet emotionally-starved childhood in Washington, she became hooked on ADHD medication provided by her psychiatrist father. This led to a dependence on Xanax and other prescription drugs at boarding school, and she experimented with cocaine, ecstasy-whatever came her way. By 26 she was a talented ‘doctor shopper’ who manipulated Upper East Side psychiatrists into giving her never-ending prescriptions; her life had become a twisted merry-go-round of parties and pills at night, and trying to hold down a high profile job at Condé Nast during the day. With a complete lack of self-pity and an honesty that is almost painful, Cat describes the crazed euphoria, terrifying comedowns and the horrendous guilt she feels lying to those who try to help her. Writing in a voice that is utterly magnetic-prompting comparisons to Bret Easton Ellis and Charles Bukowski–she captures something essential both about her generation and our times. Profoundly divisive and controversial, How to Murder Your Life is a unforgettable, charged account of a young female addict, so close to throwing her entire life away.

How to Murder Your Life is a brutally honest memoir. Not one for the faint hearted...

At the age of 15, Caitlin Marnell was a pupil at a prestigious boarding school. She had elected to send herself there in an attempt to improve her appalling grades, finding out by accident that taking prescription medication for ADHD helped her pass her classes with flying colours and grades her Father could be proud of.

Where's the problem with that? You might think, until you actually stop to consider it in a little more detail...

Because that very mundane prescription medication for ADHD, quickly began a downward spiral that saw Cat move from boarding school to college in New York via some very prestigious magazine publications.

It is from her prescribed medication for ADHD that Cat quickly becomes addicted to getting 'High' and is soon seeking alternative forms of 'recreational' drugs that will have devastating consequences on her life for years to come.

It's difficult to say too much without giving some of the content away. But this is an important book, and I urge you to read it.


How to Murder Your Life is available now via Amazon online and all good book shops.