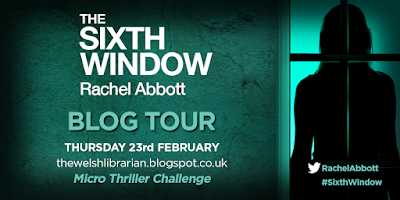 Today I'm thrilled to be taking part in the micro thriller challenge to celebrate this week's release of Rachel Abbott's latest novel, The Sixth Window. 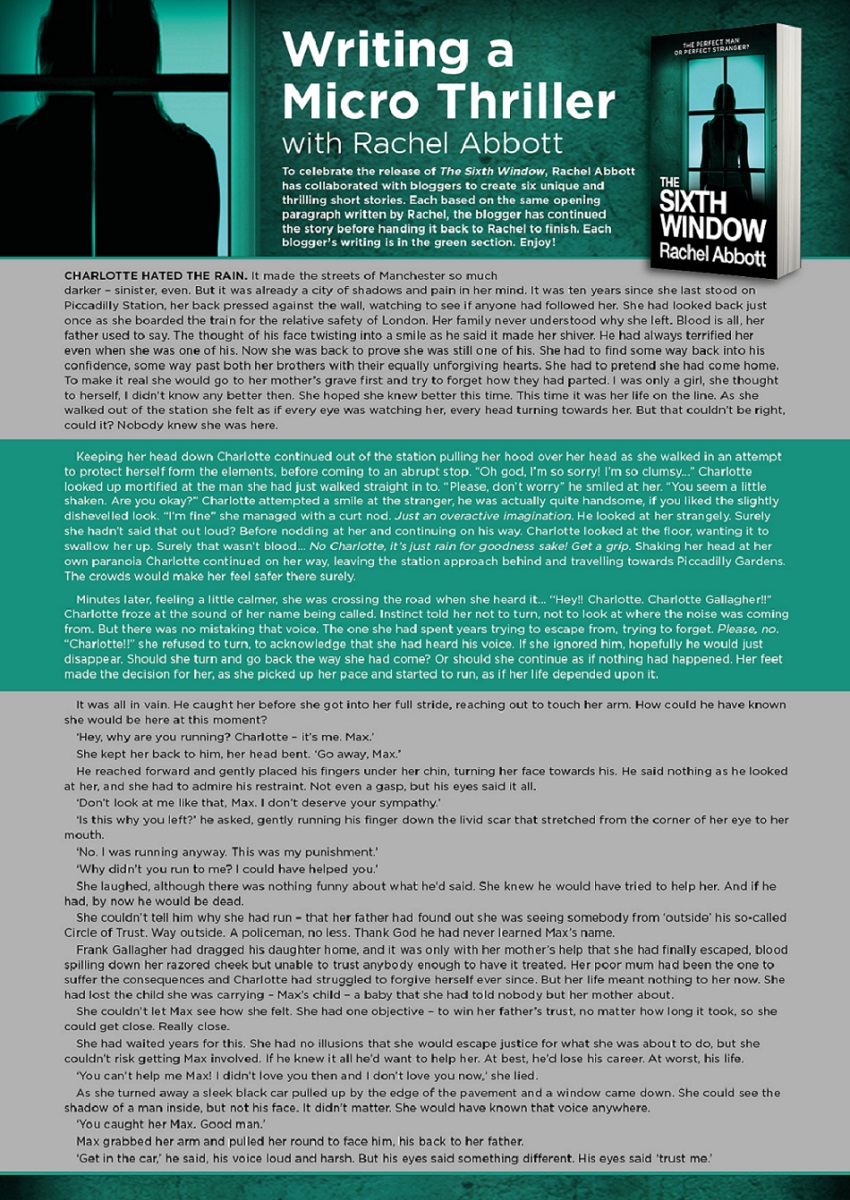 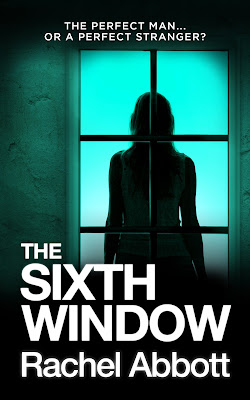 THE TRUTH HURTS – BUT LIES ARE DEADLY

After eighteen months of grieving for her husband Bernie, killed in a horrific hit and run accident, Natalie Gray has found love with her husband’s best friend - Ed Cooper - and has moved herself and fifteen-year-old daughter, Scarlett, into his home. But Natalie begins to suspect Ed has a dark side - and even darker intentions.
Desperate to get her daughter to a place of safety, she and Scarlett move to a new home that holds secrets of its own. But has removing Scarlett from one potential threat placed her in far greater danger?
DCI Tom Douglas is also chasing the truth, as his investigation into the suicide of a teenage girl draws him ever closer to Natalie and Scarlett. But will he be too late to protect them from the peril they face, or from the truths that will tear their lives apart?


The Sixth Window is available now via Amazon online and all good book shops.


Rachel Abbott, who was born and raised in Manchester, founded her own interactive media company in the 1980s, before selling it and retiring in 2005. She then moved to Italy where she worked on the renovation of a 15th century Italian monastery, and it was here that, one day, she found herself snowed in and decided to begin writing for pleasure. This became her debut novel Only The Innocent, which she went on to publish via Kindle Direct Publishing, topping their chart for 4 weeks. Abbott has since written The Back Road, Sleep Tight, Stranger Child , Kill Me Again and a novella, Nowhere Child. She splits her time between Alderney in the Channel Islands and Italy. 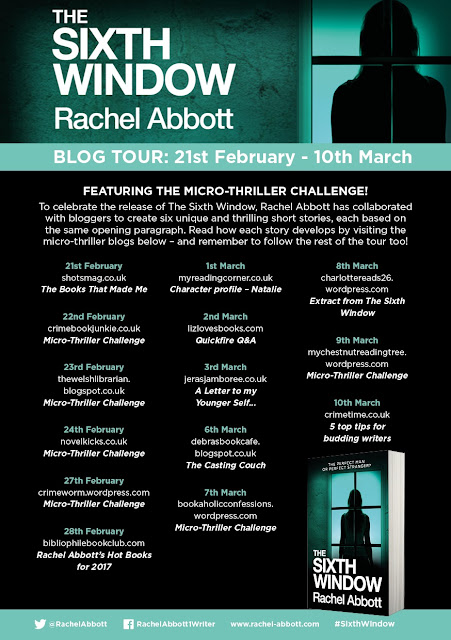