Review - Flesh and Bone and Water by Luiza Sauma 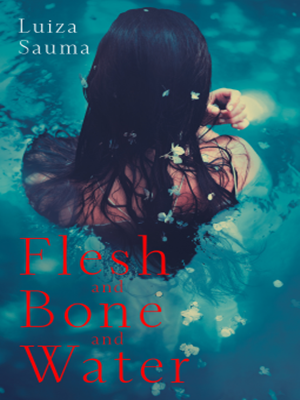 Flesh and Bone and Water by Luiza Sauma
Publisher: Viking
Release date: 21 March 2017
Rating: *** and a half
Back cover blurb: Brazilian-born doctor André Cabral is living in London when one day he receives a letter from his home country, which he left nearly thirty years ago. A letter he keeps in his pocket for weeks, but tells no one about. The letter prompts André to remember the days of his youth - torrid afternoons on Ipanema beach with his listless teenage friends, parties in elegant Rio apartments, his after-school job at his father's plastic surgery practice - and, above all, his secret infatuation with the daughter of his family's maid, the intoxicating Luana. Unable to resist the pull of the letter, André embarks on a journey back to Brazil to rediscover his past.

Flesh and Bone and Water is a curious little novel.

André is a Brazilian born Doctor who has lived in London for many years. He doesn't think much about home, except for the love he lost during his youth.

It is a letter from her that prompts him to revisit his home country and discover all that he left behind.

Flesh and Bone and Water is sort of a coming of age novel, but from an older man's flash back point of view. It is well written and full of teenage angst, sex and desire.

However long hidden family secrets are soon exposed to put André off his stride and are partly the reason for his arrival in London.

The novel moves back and forth between the present day and André's teenage years. Pure happiness never seem to be found in either. It seems like André needs to lay the past to rest before he can move on with his future.

Whether or not he can do this remains to be seen.


Flesh and Bone and Water is available now via Amazon online and all good book shops.
Thank You to the publishers who invited me to view this title via netgalley in exchange for an honest review.