Today I am delighted to welcome Caz Frear, author of 'Sweet Little Lies' to my blog to talk about;

'The Twist' - can you write a crime novel without one these days?


Remember back in 1995 when we all dropped our popcorn at the revelation that Kevin Spacey was Keyser Söze? (The Usual Suspects).  God, how good was that?  That devilish plot twist is still held up to be the daddy of all plot twists (in recent memory, anyhow), and it was probably a whole four years later before our jaws hit the floors again when it turned out Bruce Willis HAD BEEN DEAD THE WHOLE TIME!!!

*Ok, so maybe not Bruce Willis, but his character, Malcolm Crowe in The Sixth Sense (I liked Bruce as a Malcolm, FYI)

Oh how we loved ‘The Twist’ back then.  They all felt so fresh, so damn bloody clever.   Up and down the land, people waxed lyrical about them.  Some smug folk claimed that they saw the twists coming a mile off, but I never trusted those people.  They’re the same kind of people who used to claim in school that they hadn’t done a single bit of revision and yet they still somehow managed to breeze an A-grade.

Or maybe it was just me - maybe I was a bit gullible in my youth - because I’m not ashamed to admit that I didn’t guess either of those movie twists.  Atonement (2001) and One Day (2009) had me slack-jawed too.  Slack-jawed and blubbering like a baby.

Alas, I rarely get that way these days.  Such is the voracity of my reading, and such is the current vogue for ‘The Twist’, that I’ve come to expect one now.  In fact, I’m far more side-swiped if there isn’t one.  The problem with this, of course, is that expectation can sometimes breed disappointment, and I can count on one hand the number of genuine ‘OMG’ moments I’ve encountered over the past twelve months.  This is generally for two reasons;

1) I’ve clocked the twist early on.  90% of the time, this does the author no disservice whatsoever because usually it’s a clever idea.  It’s just that with the volume of crime/thriller books I consume on a monthly basis, it’s getting harder and harder to hoodwink me.  I have a nose for a twist now.  I’m no longer the naive fool I was back in the 90s.

2) The twist is, quite frankly, bonkers.  It’s been shoe-horned in for shock-value and left me scratching my head like Stan Laurel, rather than nodding in appreciation at the author’s twisty genius.
So have we reached saturation point, I wonder?  Can we really have too much of a good thing?

I’ll go out on a limb here and say I think there should generally be some sort of a twist within a crime novel.  After all, the very purpose of the genre is to entertain, to shock, or at least stir some emotion, and following a very linear, ‘BAD THING HAPPENS -WORSE THING HAPPENS-THINGS GET RESOLVED-THEY LIVE HAPPILY EVER AFTER ’story-arc doesn’t exactly make for a rip-roaring read.  Red herrings, fun and as essential as they are, aren’t enough for the discerning crime reader anymore.  These days, we don’t just want to be led down the garden path, we want to be sucker-punched, mowed down on the garden path with the ‘WTF!’ to end all ‘WTF’s!’

There is a ‘but’ though.  A big ‘but’ (feel free to snigger).   I think the twist must feel true within the context of the story.  By this I mean it has to make some sort of sense.  A reader should be able to look back and see how the twist fits, whether that’s through subtly dropped clues along the way, or light flecks of foreshadowing that hint at something bigger.  I mean, sure, the ‘last-page curveball’ is sometimes used, and it can be fun, but ultimately it’s a bit like a McDonalds in that it gives you a short, sharp burst of pleasure but then a couple of hours later, you’re hungering for something else.  Something more satisfying.

Personally, I find the mid-point twist the most satisfying – a story that you think is heading one way and then BOOM, 200 pages in, you’re changing direction.  Gone Girl is probably the most obvious example of this but The Burning Air by Erin Kelly is definitely up there too. 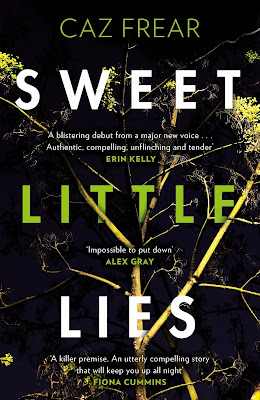 WHAT I ACTUALLY KNOW: In 1998, Dad lied about knowing Maryanne Doyle. Alice Lapaine has been found strangled near Dad's pub. Dad was in the local area for both Maryanne Doyle's disappearance and Alice Lapaine's murder - FACT Connection?

Keep an eye out for my review - coming soon.


Don't forget to follow the rest of the blog tour! 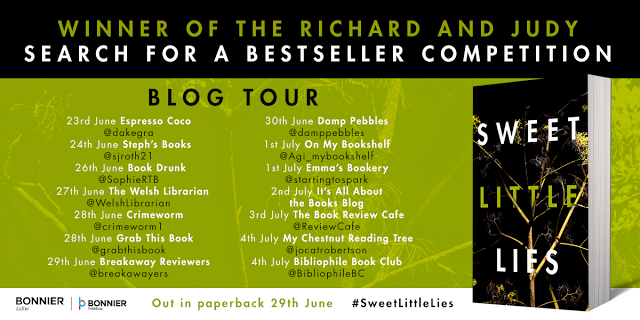