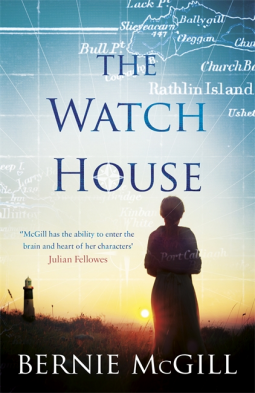 Back cover blurb: As the twentieth century dawns on the island of Rathlin, a place ravaged by storms and haunted by past tragedies, Nuala Byrne is faced with a difficult decision. Abandoned by her family for the new world, she receives a proposal from the island's aging tailor. For the price of a roof over her head, she accepts. Meanwhile the island is alive with gossip about the strangers who have arrived from the mainland, armed with mysterious equipment which can reportedly steal a person's words and transmit them through thin air. When Nuala is sent to cook for these men - engineers, who have been sent to Rathlin by Marconi to conduct experiments in the use of wireless telegraphy - she encounters an Italian named Gabriel, who offers her the chance to equip herself with new skills and knowledge. As her friendship with Gabriel opens up horizons beyond the rocky and treacherous cliffs of her island home, Nuala begins to realise that her deal with the tailor was a bargain she should never have struck.

The Watch House begins with the birth of a child, a sick mother, and an unknown woman involving herself in a way that you suspect she shouldn't be.

Fionnuala (Nuala) Bryne is about to make a life changing move to Canada, to be with the parents who abandoned her when she was young, when the local Tailor makes his own life changing proposal of Marraige.

Nuala had given up hope of finding someone, knowing realistically that her parents would eventually send for her. But then the news arrives that they don't have the money for her passage and so she accepts the Tailor's offer.

The Tailor is decades older than her and lives with his interfering sister, Ginny. Nuala expected her to be gone when she married and moved in with the Tailor (Ned, but everyone calls him the Tailor) but has no such luck.

Not far from the Tailor's house is a place known as the Watch House, a place where Marconi has sent one of his engineers to carry out some test transmissions with the wireless telegraphy he has developed. Nuala is drawn there by a stranger asking for food in exchange for payment.

Nuala is a good cook, and the Tailor and Ginny are grateful for the extra money. Soon Nuala is swept into a world of codes and secrets, and she realises that there is more to life than a roof over your head and a makeshift family.

The Watch House is a very poetic novel in the language used, and this only makes it all the more captivating. Whilst there's plenty more I could say about it, I won't for fear of giving anything away. Just know that you need to discover this novel for yourself.


The Watch House is out today via Amazon online and all good book shops. 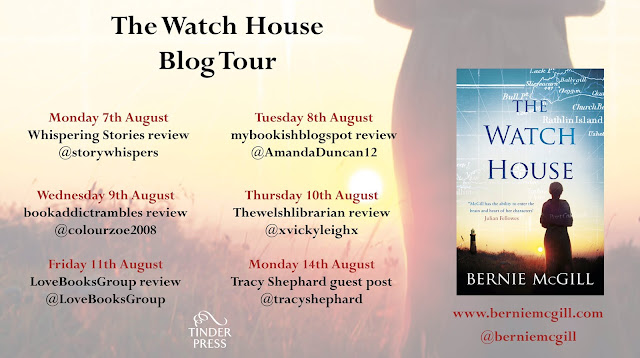 Thank You to the publishers who invited me to take part in the blog tour in exchange for an honest review.