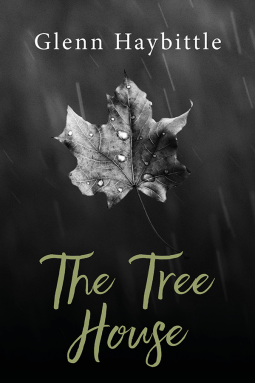 The Tree House by Glenn Haybittle
Publisher: Cheyne Walk
Release date: 11 January 2018
Back cover blurb: Max and Ada, ten-year-old neighbours, are engrossed in composing a book of spells in a tree house in Paris when the Nazis arrive to occupy the city. Max, the child of a rape and abandoned by his mother, is in foster care; Ada is Jewish. Almost fifty years later Max, the black sheep of the family, summons his grandson to tell him the story of those years in Paris and reveal a guilty secret that has eaten away at him. His mind is now set on digging up the past and he wants Mark to accompany him across the English Channel. His dying wish is to shed light on the two missing women in his life: Ada and his mother. Mark though is struggling with his own existential crisis. There is a missing woman in his life too. A deftly accomplished tightrope act of pathos and humour, The Tree House is a bewitching novel of loss and restitution, heritage and the hereafter.

Mark is something of a disaster, his love life is a failure, he lives in a half way house, and has no real job to speak of. He hasn't heard from his Grandfather Max in years, when suddenly he is contacted by him out of the blue.

Curiosity gets the better of Mark and he decides to pay a visit to Max.

And so begins the story of Max's childhood, of the girl next door, the Mother he never really knew, and the horrors of the Nazi party and the second World War.

Ada, Max's next door neighbour was Max's first true love. Together they used to spend hours in their shared tree house concocting their book of spells. But war is beckoning, the Nazi's are getting closer to France and Ada is Jewish.

Max isn't aware of the significance of this at the time, it isn't until the family are forced to leave and the friends are torn apart, that he is made truly aware of the consequences of being a Jew in a Nazi occupied country...

The Tree House is a beautiful tale of childhood friendship set against the backdrop of Nazi occupied France.

The Tree House is available now via Amazon online and all good book shops.