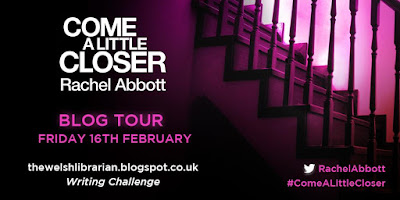 Today I’m thrilled to be taking part in the blog tour for Come A Little Closer. Rachel Abbott has written the opening paragraph to a dark and twisty thriller and challenged bloggers to finish the story. Armed with just the opening paragraph and four key objects from Come a Little Closer, we have to finish the story she started. *Rachel’s part is in bold.

Gemma had been afraid of the dark for as long as she could remember. As a child, she had blamed the cold, ancient house they had lived in – its endless corridors had too many closed doors for people to hide behind, too many secrets concealed in the shadows. But now there was no excuse. Her flat was modern, open, with huge windows.

It made no difference, though. Each night of the long winter months as she stood outside the block, she imagined all the doors she would have to pass before she reached her own, wondering if the lights in the hallway would be working, or whether they would flicker and go out, leaving her blind in the inky black void. Alone with her fear.

Perhaps she had always known that this day would come. She took a deep breath and stepped into the silent entrance, her heels tapping out a warning that she was coming on the polished concrete floor of the long corridor.*

As Gemma approached the flat and fumbled for her keys in her oversized handbag a glow from light of her smartphone caught her eye. Plucking the phone from its dedicated pocket she smiled at the notification and logged in to the app to read the Facebook post her best friend had tagged her in.

Selina smiling in the selfie with what looked like a glass of sweet sherry in her hand.

Only Selina thought Gemma to herself as she closed the app and shoved the phone back in her bag. If only I could get away... Selina was abroad somewhere, Gemma couldn’t recall exactly where, she was always jetting off somewhere.

Gemma finally let herself into her flat and flicked the light switch in the pitch black hallway. She cursed to herself when nothing happened and the hallway is still in darkness. The single lightbulb unwilling to cooperate. Thoughts of the bath she was planning to have vanish from her mind as her irrational fear of the dark takes over.

Gemma called out into the empty hallway knowing there was no one there but feeling petrified all the same.

Gemma jumps about a foot in the air before realising it’s her mother’s voice on the answering machine, coming from the living room. The sound magnified in the darkness when Gemma was already scared half to death.

What does she want now? Gemma thought rather uncharitably. Couldn’t it wait? Her mother’s voice at least encourages Gemma to leave the darkened hallway.

She successfully flicks the light switch in the living room bathing the room in harsh lighting, which some would hate, but Gemma prefers it that way. She crosses the room to play back the message and is once more frozen to the spot in fear. 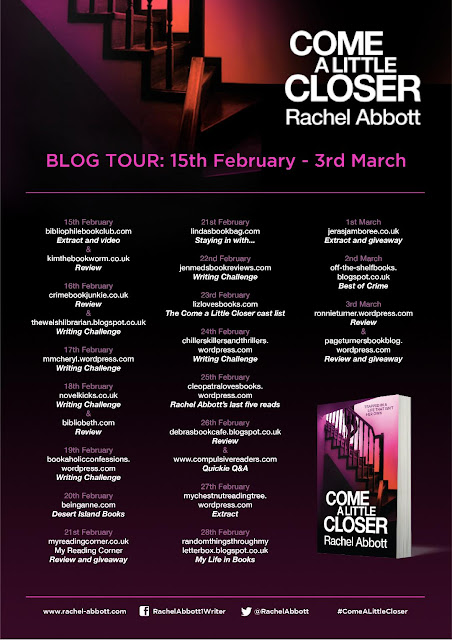 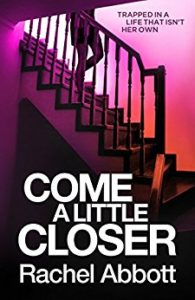 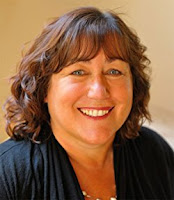 Rachel Abbott’s debut thriller, Only the Innocent, was an international bestseller, reaching the number one position in the Amazon charts both in the UK and US. This was followed by the number one bestselling novels The Back Road, Sleep Tight, Stranger Child, Nowhere Child (a short novel based on the characters from Stranger Child), Kill Me Again and The Sixth Window. Her most recent novel, Come a Little Closer, is available from February 2018.

Rachel’s novels have now been translated into over 20 languages and her books have sold over 2.8 million copies in the English language.

In 2015 Amazon celebrated the first five years of the Kindle in the UK, and announced that Rachel was the #1 bestselling independent author over the five-year period. She was also placed #14 in the chart of all authors. Stranger Child was the most borrowed novel for the Kindle in the first half of 2015.

Rachel splits her time between Alderney – a beautiful island off the coast of France – and the Le Marche region of Italy, where she is able to devote all her time to writing fiction. For more information, see Rachel’s website, or follow her on Twitter.
Rachel’s website can be found at