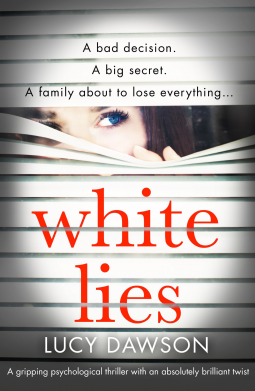 Back cover blurb: When you have everything, you have everything to lose. Alexandra Inglis is a respected family doctor, trusted by her patients to keep their most intimate secrets. And if sometimes the boundaries between duty and desire blur… well, she's only human. But when Alex oversteps a line with Jonathan, one of her patients, she knows she's gone too far. Jonathan is obsessive, and to get what he wants he will tear Alex's world apart - threatening not only her career but her marriage and family too. Soon Alex finds she's capable of doing almost anything to keep hold of her perfect life, as it begins to spin dangerously out of her control…


Doctor Alexandra Inglis’ marriage is in trouble. Her husband recently admitting to cheating on her at the breakfast table.

Alex (Al) is distraught but ultimately wants to make her marriage work for the sake of her two children. A one night stand with a stranger in Ibiza should be enough to hurt her husband, make them equal, and allow them both to move on.

If only it were that simple...

He is a patient that Alex does not remember treating. But that isn’t where the complications end, and for Alex the nightmare is only just about to begin.

White Lies is one of those novels which is difficult to review without giving anything away.

I love the way that this novel is written, from the points of view of several of the main characters, because you are never entirely sure who you should be trusting.

I continued to be surprised right until the end.

White Lies is a psychological thriller with a difference. Read it and I promise you will not be disappointed!

White Lies is available now via Amazon online and all good book shops.