Review - The women of the castle by Jessica Shattuck 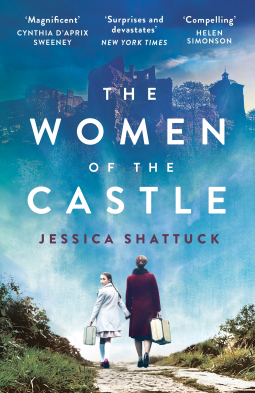 The women of the castle by Jessica Shattuck
Publisher: Zaffre

Back cover blurb: In war they made impossible choices. Now can they live with them? Amid the ashes of Nazi Germany's defeat, Marianne von Lingenfels returns to the once-grand castle of her husband's ancestors. The widow of a resister murdered in the failed plot to assassinate Hitler, Marianne plans to uphold her promise: to find and protect her fellow resistance widows, and their children. Travelling across the smouldering wreckage of her homeland Marianne rescues six-year-old Martin from a Nazi reeducation home, then his mother from occupying Red Army soldiers. In one of the refugee camps, she locates Ania - another resister's wife - and her two boys. Marianne is certain their shared pain will hold them together, but she quickly finds the world is now infinitely more complicated, filled with secrets and lies. All three women must come to terms with the choices they made before, during and after the war. An evocative and enthralling novel exploring what it means to survive and, ultimately, to learn to live in the wake of unimaginable hardship.

When Marianne Von Lingenfel makes a promise to her dear friend Connie she doesn’t for a second believe that she will need to follow through on that in the years to come, and that her actions will be her for the rest of her life.

Marianne is the wife of a prolific member of the German resistance, determined to do the right thing for Germany and bring down Hitler and his men. Restoring peace to the country and securing a better future for all.

The resistance plot to assassinate Hitler is a failure, and all collaborators murdered in the most horrific ways.

Their families are left behind to pick up the pieces, their lives changed forever in a way that none of them could ever have imagined.

The women of the castle is a beautifully written novel, that covers some horrific historical events with dignity, but does not shy away from the brutality and horror of Hitlers' regime.

I loved that this novel focused on the German resistance during the Second World War, it documents Hitler's rise and fall in a way that we rarely see.

How very ordinary German people were sucked into his charismatic speeches and others were not...

The women of the castle is available now via Amazon online and all good book shops.