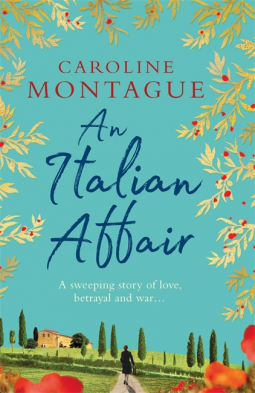 An Italian Affair by Caroline Montague
Publisher: Orion
Release date: 21 March 2019
Back cover blurb: Love. War. Family. Betrayal. Italy, 1937. Alessandra Durante is grieving the loss of her husband when she discovers she has inherited her ancestral family seat, Villa Durante, deep in the Tuscan Hills. Longing for a new start, she moves from her home in London to Italy with her daughter Diana and sets about rebuilding her life. Under the threat of war, Alessandra's house becomes first a home and then a shelter to all those who need it. Then Davide, a young man who is hiding the truth about who he is, arrives, and Diana starts to find her heart going where her head knows it must not. Back home in Britain as war breaks out, Alessandra's son Robert, signs up to be a pilot, determined to play his part in freeing Italy from the grip of Fascism. His bravery marks him out as an asset to the Allies, and soon he is being sent deep undercover and further into danger than ever before. As war rages, the Durante family will love and lose, but will they survive the war...?

An Italian Affair is such a beautiful novel that I struggled to part with it.

Alessandra is grieving the loss of her husband when she discovers that she has inherited her ancestral family home in Italy. Her own Mother had been shunned from the family for marrying an Englishman, and Alessandra has never seen the country that her Mother grew up in.

But she has dreamed about it for a long time.

When the news comes of the inheritance Alessandra is in a dark place, and realises that this may be something to help put her life back together. But she must take only her daughter, Diana whilst her son, Robert completes his prestigious education.

Alessandra and Diana take to Italy almost immediately, and work hard to fit in with the local community and end to ensure that they live up to the Durante name. Eventually Diana must start at the local school, where she first meets Davide a young man set to capture her heart.

Meanwhile back in Britain, Robert has finished his education and signed up the Royal Air Force, determined to do his bit as the threat of war draws ever nearer. In his letters to his sister, he begs her not to tell Alessandra. But how could Diana keep such a secret.

Yet as World War Two breaks out, it becomes clear his is not the only secret, and the Durante family must do everything that they can to help those that they love, and themselves to survive the War

An Italian Affair is available from 21 March 2019.
You can pre-order it now via Amazon online and all good book shops. 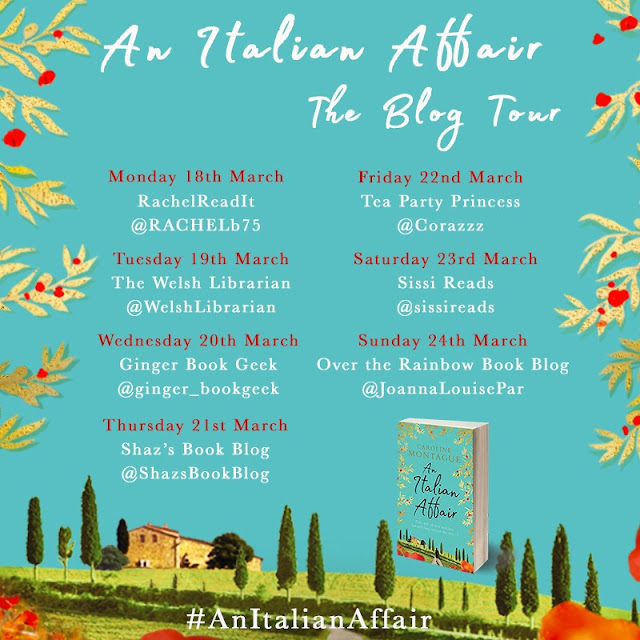 Many thanks to the publishers who sent me an advanced proof copy of this novel in exchange for an honest review.