Review - The Doctor by Lisa Stone 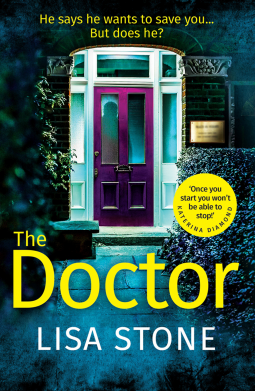 The Doctor by Lisa Stone

Release date: 24 June 2019
Back cover blurb: How much do you know about the couple next door? When Emily and Ben move in next door to Dr Burman and his wife Anita, they are keen to get to know their new neighbours. Outgoing and sociable, Emily tries to befriend the doctor’s wife, but Anita is strangely subdued, barely leaving the house, and terrified of answering the phone. When Emily goes missing a few weeks later, Ben is plunged into a panic. His wife has left him a note, but can she really have abandoned him for another man? Or has Emily’s curiosity about the couple next door led her straight into danger? A gripping, sinister thriller with a twist you won’t see coming from the international bestseller Lisa Stone.


Emily is on extended maternity leave when she tries to befriend her next door neighbour, Anita. Anita is quiet, reserved and barely leaves the house, almost the complete opposite in personality to Emily and her young son Robbie.

Dr Burman, Anita’s husband is borderline rude, and has little to do with his next door neighbours. Preferring to keep himself hidden away in his garden shed at all hours of the day and night.

This draws Emily's suspicion, as a respected Doctor, she believes that he should spending quality time with his wife when he isn't working, but he seems to prefer to spend hours in his shed alone.

It isn't until her beloved Cat, Tibbs goes missing, that Emily begins to wonder if there is more to the Burman family than meets the eye. Despite Ben's concerns, Emily befriends Anita whilst her husband is at work, determined to help her quiet neighbour out of her shell.

Emily is shocked by what she discovers, but nothing can prepare her for the subsequent events that follow.

Without going in to too much detail, as I don't want to give anything away, The Doctor is a gripping read from start to finish.

It reminded me a lot of Ruth Rendell’s Thirteen Steps Down, I think probably because Amit is such a delusional character, convinced of his own self worth, who is also a little creepy. A must read.


The Doctor is available from 24 June 2019.
You can pre-order it now via Amazon online and all good book shops.