Review - Stop At Nothing by Tammy Cohen 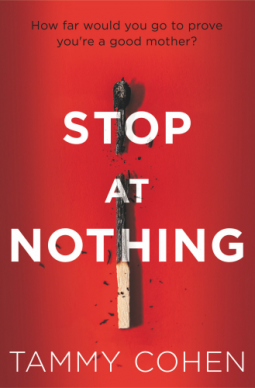 Stop At Nothing by Tammy Cohen
Publisher: Transworld Digital
Release date: 18 July 2019
Back cover blurb: A mother’s job is to keep her children safe. Tess has always tried to be a good mother. Of course, there are things she wishes she’d done differently, but doesn’t everyone feel that way? Then Emma, her youngest, is attacked on her way home from a party, plunging them into a living nightmare which only gets worse when the man responsible is set free. But what if she fails? So when Tess sees the attacker in the street near their home, she is forced to take matters into her own hands. But blinded by her need to protect her daughter at any cost, might she end up putting her family in even greater danger? There’s nothing she wouldn’t do to make it right . . .

When Tess' teenage daughter Emma is attacked on the way home from a party, Tess is determined that the perpetrator be bought to justice.

But Emma fails to identify the attacker in a Police line up, and both Tess and Emma are distraught that the attacker is still roaming free.

Then Emma believes that she sees her attacker, one day when she is coming home from school and Tess is willing to do anything she can to ensure that he ends up behind bars.

Even if she has to break the law herself.

She will stop at nothing....

Meanwhile, both Emma and Tess are finding comfort in their new found friendship with Frances, who stopped the attack before it became any worse, and bought Emma home to her Mother on that fateful night.

As someone who was caught up in the events of the night, Frances perhaps has a biased opinion when she encourages Tess who is thinking about taking matters in to her own hands as the police don't seem to be getting anywhere.

But Tess will do anything to keep her daughter safe.

No matter what the consequences.

Stop At Nothing is available now via Amazon online and all good book shops.