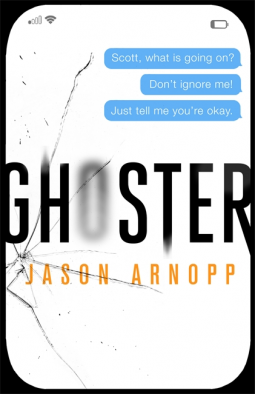 Publisher: Little Brown Book Group
Release date: 24 October 2019
Back cover blurb: Kate Collins has been ghosted. She was supposed to be moving in with her new boyfriend Scott, but all she finds after relocating to Brighton is an empty flat. Scott has vanished. His possessions have all disappeared. Except for his mobile phone. Kate knows she shouldn't hack into Scott's phone. She shouldn't look at his Tinder, his texts, his social media. But she can't quite help herself. That's when the trouble starts. Strange, whispering phone calls from numbers she doesn't recognise. Scratch marks on the door that she can't explain. And the growing feeling that she's being watched . . . Jason Arnopp - author of The Last Days of Jack Sparks, a Radio 2 Bookclub pick - returns with a razor-sharp thriller for a social-media obsessed world. Prepare to never look at your phone the same way again . .

Ghoster is unlike any novel that I have read in a long while, it focuses on Scott Palmer and his relationship with paramedic, Kate Collins but with a supernatural/paranormal twist. Which, if I'm totally honest, I'm not sure I'd have chosen to read the novel if I'd known about beforehand, as I'm not a fan of the genre. But it is fairly light, so not too off putting.

Kate, social media and mobile addict meets Scott on a digital detox, after an incident at work forces her to reevaluate her relationship with all things online and break-up with her smart phone in exchange for an old nokia.

The two live miles apart, but after a whirlwind romance, Kate decides to transfer her role to Brighton and move from Leeds to be with her new man. She doesn't care much that she hasn't known him for long, to her, their relationship just feels right.

However, things start to go wrong the day before the move for Kate. Scott suddenly stops responding to her texts and calls. Kate has second thoughts about the move, thinking Scott is 'ghosting' her, but she decides to go ahead with the move anyway. She'll soon find out the truth.

But nothing can prepare Kate for what greets her upon her arrival at Scott's plush waterfront apartment. Literally nothing.

The apartment has been totally cleared with no sign that Scott was ever there. This is the starting point of the novel taking an interesting turn of events, and I can't say too much more without giving anything away.

Ghoster is available now via Amazon online and all good book shops.