Review - The Six by Luca Veste 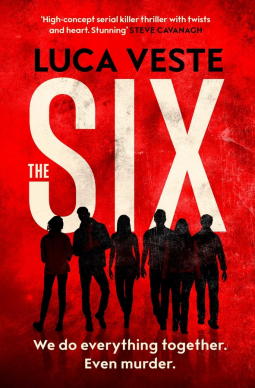 Back cover blurb: Six friends trapped by one dark secret. It was supposed to be our last weekend away as friends, before marriage and respectability beckoned. But what happened that Saturday changed everything. In the middle of the night, someone died. The six of us promised each other we would not tell anyone about the body we buried. But now the pact has been broken. And the killing has started again... Who knows what we did? And what price will we pay?


The Six is my favourite Luca Veste novel to date, it is unbelievably good, and yes I know it's early days, but it's already a contender for my favourite novel of 2020.

Some have said they were nervous of reading a standalone novel (away from the Rossi/Murphy series), but that was never an issue for me, as Veste is such a brilliant story teller.

Six friends are on an unremarkable weekend at a music festival when something terrible happens.

They witness a strangers murder, and it is clear that life will never be the same for any of them ever again.

Each of the Six agrees that they should never talk about that night again, and never tell anyone what happened. For some, this is an easier promise to keep than others, but a year passes without too much trouble.

Then someone else dies, and the past is bought back to haunt all Six.

Luca Veste is a master in creating a sense of nervousness and there is an always an edge to his novels, but the final parts of the Six are something else. Dark and atmospheric until the final pages, we go on a full journey with the Six from joyous music festival to murky murderous warehouses.

Definitely an edge of your seat novel, that will have you gripped and left wanting more.


The Six is available now via Amazon online and all good book shops.