Review - the Secretary by Zoe Lea 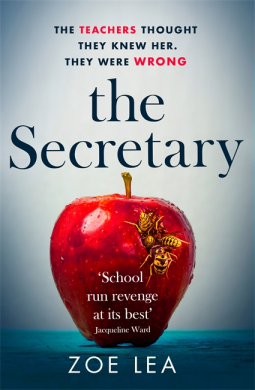 The Secretary by Zoe Lea
Publisher: Piatkus
Release date: 20 August 2020
Back cover blurb: The teachers thought they knew her. They were wrong... A page-turning and deeply compulsive psychological thriller about a school secretary and how dangerous it can be to make enemies at the school gates. For fans of Big Little Lies by Liane Moriarty and The Rumour by Lesley Kara. When single mum Ruth has a brief fling with Rob, she's mortified to discover that he lied to her. He lied to her, because he's married. Worse still, he's the husband of Janine, head of the PTA at the primary school where Ruth works as secretary, and when the truth of their fling is discovered, Ruth suddenly has a lot of enemies at the school gates. Threatening texts begin to arrive, rumours abound and the staff room becomes hostile. But when it also starts to affect her son, a student at the school, Ruth realises you can do anything if you convince yourself it's for the sake of your child.

The Secretary is an intriguing novel from the outset, and it is probably safe to say that nothing is as it seems.

Ruth, the school secretary of the novel's title, is struggling with life.

Her son suffers from crippling anxiety, her relationship with her Mother and ex-husband are strained, and now seemingly everyone at the school she works despises her.

For Ruth unwittingly committed the unforgiveable sin of sleeping with someone else's husband, not only that, but his wife is head of the PTA where Ruth works, and she has an unhealthy amount of influence over the school's headteacher and the rest of the school's staff.

As soon as Ruth discovers that Rob is not single, as he had assured her he was, she attempts to apologise to Janine, but Janine isn't interested in Ruth's apologies, and is instead seems only interested in making Ruth's life a misery.

As her colleagues begin to turn against her, Ruth realises that she must do something to help them see that she just made a simple mistake, and that she is not the homewrecker that she is being labelled as.

She will do anything to protect her reputation, but at what cost?

The Secretary is available now via Amazon online and all good book shops.