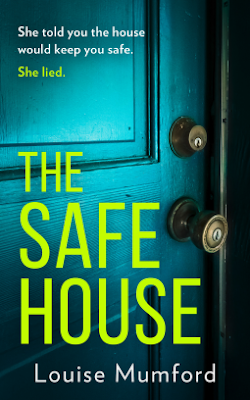 The Safe House by Louise Mumford
Publisher: HQ Digital
Release date:12 May 2022
Back cover blurb: Esther is safe in the house. For sixteen years, she and her mother have lived off the grid, protected from the dangers of the outside world. For sixteen years, Esther has never seen another single soul. Until today. Today there’s a man outside the house. A man who knows Esther’s name, and who proves that her mother’s claims about the outside world are false. A man who is telling Esther that she’s been living a lie. Is her mother keeping Esther safe – or keeping her prisoner?
Esther has been kept in a safe house for sixteen years. She barely remembers life before, so knows only that the house keeps them safe, from 'out there'.
Esther has asthma, ever since she was diagnosed, her Mother has feared for her life. Her need to keep Esther safe from the germs and grime of the outside world forced her to purchase a well hidden underground bunker.
Esther mostly doesn't question this, but as she reaches a significant birthday, she asks her Mother if she can join her on her annual trip outside for supplies. Her request is denied, and Esther's interest now piqued.
What is out there that her Mother doesn't want her to know/see/hear?
She finds out sooner than she could imagine.
A man outside the 'house'. Who is he and how did he get there? Dare she open the hatch and talk to him?
Whatever decision Esther makes must be timely, her Mother won't be long, and she can't be seen to be breaking any rules. The truth comes quicker than she imagined, and changes everything Esther thought she knew about the world outside.
The Safe House is a well written, interesting take on the lengths that some people will go to protect those that they love. I've seen some describe the story as a little far fetched, but I believe that we are capable of anything, and I think it's a great story!
The Safe House is available from 12 May 2022 via Amazon online and all good book shops.
Thank You to the publishers who approved my request in exchange for an honest review.
The Blog tour runs until 13th May - Don't forget to check out the other bloggers! 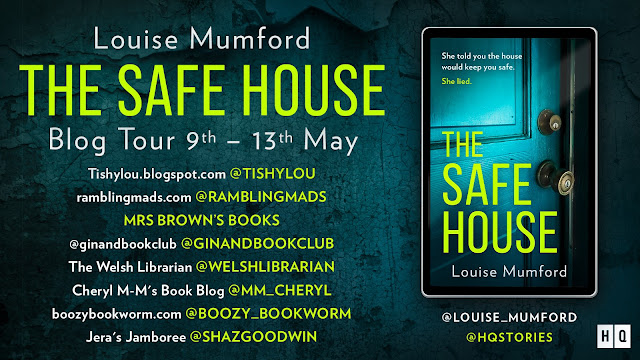