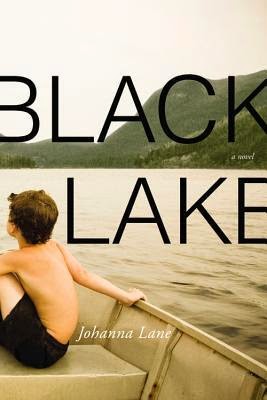 Black Lake by Johanna Lane
Publisher: Tinder Press
Release date: 1 May 2014
Rating:  *** and a half
Back cover blurb: For generations, the Campbells have lived happily at Dulough, an idyllic, rambling estate on the windswept coast of Ireland. But upkeep has drained the family coffers. Faced with the heartbreaking possibility of having to sell, John Campbell makes a very difficult decision; to keep Dulough he will turn the estate into a tourist attraction. He and his wife, daughter and son will move from the luxury of the big house to a small, damp caretaker’s cottage. The upheaval strains the already tenuous threads that bind the family, and when a tragic accident befalls them, long-simmering resentments and unanswered yearnings are forced to the surface. As each character is given a turn to speak, their voices tell a complex and fascinating story about what happens when the upstairs becomes the downstairs, and the legacy that remains when family secrets are revealed.

I was intrigued when I sent details about Johanna Lane's debut novel, Black Lake and immediately requested a copy on netgalley, which was duly approved.

Black Lake is Johanna Lane's debut, and I was expecting great things. Johanna writes beautifully, but the novel itself for me was lacking that extra little something special.
I expected Black Lake to revolve around an 'event' and to a certain extent, it does, but just perhaps not to the degree of impact that I was expecting. In fact, I actually had to read back several pages to check, as I almost missed it.

John Campbell and his wife Marianne, along with their children Phillip and Kate are forced to move out of their stately home (the fictional) 'Dolough' (Black Lake) in County Donegal, Ireland, when the family's historic financial issues finally catch up with them.

John inherited the estate, his brother the family's money, and it appears that they have not communicated well regarding the finances of the estate and that John has largely buried his head in the sand where monetary matters are concerned.

After striking a deal with the local government, the family move into a cottage in the grounds whilst the estate is taken over by the government for guided tours and general profiteering.

The move inevitably causes a huge impact on the whole family, and they all deal with it in very different ways, until one of these ends in tragedy.

Black Lake is told from all four family members points of view in turn, and covers both past and present events which at times can be a little confusing. It is a short novel about how one family and its members deal with loss, in all kinds of different ways.

Black Lake is available from Amazon online and all good book shops.

Thank you to the publishers who approved by request via netgalley in exchange for an honest review.