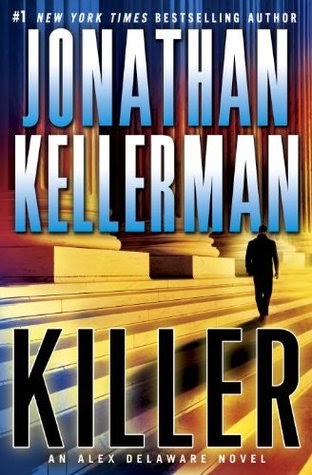 Review: Killer by Jonathan Kellerman
Publisher: Headline
Release date: 11 February 2014
Rating: *****
Back cover blurb: L.A., the City of Angels, has more than its share of psychopaths, and no one recognizes that more acutely than the brilliant psychologist and police consultant Dr. Alex Delaware. Despite that, Constance Sykes, a sophisticated, successful physician, hardly seems like someone Alex needs to fear. Then, at the behest of the court, he becomes embroiled in a bizarre child custody dispute initiated by Connie against her sister and begins to realize that there is much about the siblings he has failed to comprehend. And when the court battle between the Sykes sisters erupts into cold, calculating murder and a rapidly growing number of victims, Alex knows he’s been snared in a toxic web of pathology. Nothing would please Alex more than to be free of the ugly spectacle known as Sykes v. Sykes. Contd...

'Killer' is Number 29 (!) in a series of Crime books featuring Alex Delaware by author Jonathan Kellerman.
I am ashamed as a crime fan to confess to never having read any of his novels before. After reading Killer for Bookbridgr's first 'Box set' blog tour, that is about to change...

Killer opens with our main protagonist Dr. Alex Delaware being threatened with a gun. Delaware is not a cop so this doesn't happen to him often, despite his line of work as a psychologist and Police consultant. Certainly not on a daily basis, and he is duly shaken by the incident, although he tries to play it down.

The person threatening him, is not one that he had perceived to be dangerous, and Delaware starts questioning his ability to carry out his daily job. Shortly after enlisting the help of his friend, Detective Milo Sturgis, Delaware discovers that this is no one off incident and the suspect wants him dead, no matter what the cost.

What follows is a gripping tale full of suspense, murder and mystery.

Delaware is a thoroughly likeable character and you can really tell that he just wants the best result for everyone.

I've read a few unfavourable reviews about this novel, but I can't say that I agreed with any of them. I thoroughly enjoyed Killer and would recommend it to any fans of crime/thriller/mystery/suspense etc.

Now that I've read Killer, I think I'm going to have to start at the first Delaware novel and work my way through them all! 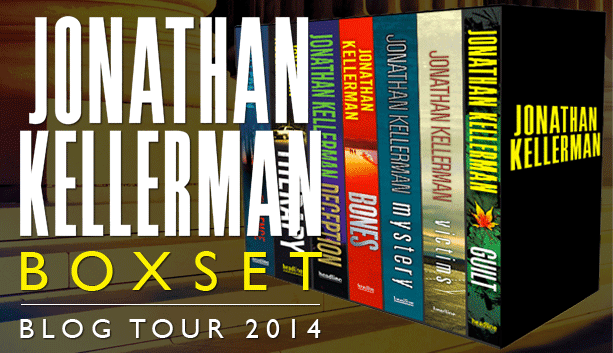 Killer is available from Amazon online and all good book shops

A massive thank you to Bookbridgr for the novel, and for allowing me to take part in my first blog tour.