Review: The Investigation by Jung-Myung Lee 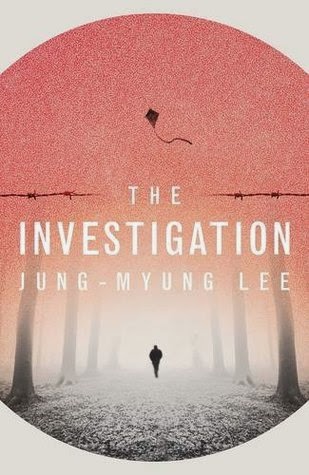 Back cover blurb: Fukuoka Prison, 1944. Beyond the prison walls the war rages; inside a man is found brutally murdered. Yuichi Watanabe, a young guard with a passion for reading, is ordered to investigate. The victim, Sugiyama - also a guard - was feared and despised throughout the prison and inquiries have barely begun when a powerful inmate confesses. But Watanabe is unconvinced; and as he interrogates both the suspect and Yun Dong-ju, a talented Korean poet, he begins to realise that the fearsome guard was not all he appeared to be... As Watanabe unravels Sugiyama's final months, he begins to discover what is really going on inside this dark and violent institution, which few inmates survive: a man who will stop at nothing to dig his way to freedom; a governor whose greed knows no limits; contd ...

The Investigation is inspired primarily by Korean poet Yun Dong-Ju and uses his work throughout the novel to great emotional effect.

He is just 17 years old when he is called up to join the Japanese war effort. He is posted to a guard's position at Fukuoka prison and assigned to Ward Three, notorious throughout the prison for the criminals it holds.

His fellow guard Sugiyama has a celebrated reputation for being a former war hero, but he is brutal with the prisoners and has few friends inside the prison.

When Sugiyuma is found dead, Watanabe is given the task of investigating his colleague's murder. He assumes it will be a straightforward task as Sugiyama is bound to have many enemies.

It's not long before Wantanabe gets the confession he anticipates from one of his strongest suspects. What he doesn't expect to find is another side to Sugiyama's character, a side that few knew existed.

Watanabe remains sceptical at the early confession, but he knows that in continuing to investigate Sugiyama's murder he is likely to uncover some dark and disturbing truths about the inmates and the staff of the prison where he is forced to spend his days doing duty for his country.

I found the investigation difficult to follow in parts, I don't think it was due to the translation, I just think it is heavy going in places, but it is worth persevering with. Part war crime, part literary work, The Investigation is quite unlike anything I read before and I would thoroughly recommend it.
The Investigation is available from Amazon online and all good book shops.

Thank you to the publishers who approved my request on Netgalley in exchange for an honest review.