Review: The Accident by C.L. Taylor 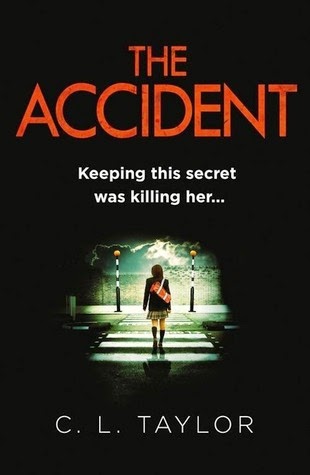 The Accident by C.L. Taylor
Publisher: Avon
Release date: 10 April 2014
Rating: *****
Back cover Blurb: You took my child. Now I'll take yours... Sue Jackson has the perfect family but when her teenage daughter steps in front of a bus and ends up in a coma she has to face a very dark reality. Retracing her daughter's steps she finds a horrifying entry in Charlotte's diary and is forced to head deep into her daughter's private world. In her hunt to discover the truth, Sue begins to mistrust everyone close to her and is compelled to delve into the murky depths of her own past. Sue will do anything to protect her daughter. But what if she is the real reason that Charlotte is in danger?


C.L. Taylor's debut novel 'The Accident' was another on my 'to be read' list, and another that I picked up at the airport on the way to Canada. I wasn't disappointed, and found it very difficult to put down.

The Accident opens with our protagonist Sue Jackson at her daughter Charlotte's bedside. Charlotte is in a coma after being hit by a bus. Everyone around Sue is convinced it was an accident, but Sue has just discovered her daughter's diary which tells a different story.

Trying desperately to protect her daughter's privacy she hides the terrible truth from her husband. Determined to find the exact truth behind her daughter's diary entry Sue sets about interrogating Charlotte's friends, their parents, her step-son, and even her husband.

Appalled at the accusations being thrown at him, and annoyed that his wife has kept him in the dark about Charlotte's diary, Brian refers his wife to a doctor, convinced that she is mentally ill.

But why would any husband think that of his wife?

Could Sue's own past have played a part?

Has she been so consumed by grief that it has driven her mad?

Or is the truth so appalling that no one wants to believe it?

The Accident is available from Amazon online and all good book shops.