Review: The Lying Down Room by Anna Jaquiery 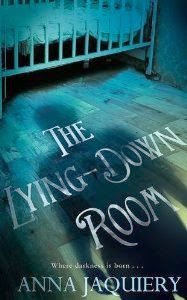 The Lying Down Room by Anna Jaquiery
Publisher: Mantle
Release date:
Rating: ****
Back cover blurb: At night Armand lay in bed with a sadness in his heart that ballooned until there was room for nothing else. He thought with horror of the lying-down room... Paris; in the stifling August heat, Commandant Serge Morel is called to a disturbing crime scene. An elderly woman has been murdered to the soundtrack of Faure's Requiem, her body then grotesquely displayed. At first this strange case seems to offer few clues; and Morel has problems of his own. His father - always a great force in his life - is beginning to succumb to senility; and he is unsettled by the reappearance of the beautiful Mathilde, the woman he once loved. Only origami can help calm the detective and focus his thoughts on this troubling crime. As the investigation progresses, the key suspects to emerge are a middle-aged man and a mute teenage boy who have been delivering religious pamphlets in the city's suburbs.. contd.

We meet our protagonist Serge Morel when he is called to the scene of a gruesome murder of an elderly lady. There is something strange about the lady's appearance and Morel is disturbed by the crime scene in general, to him, an experienced detective, something just doesn't sit right.

He is not the only one to think so, and quickly he and his colleague Lila are deeply involved in the investigation, determined to find their elusive prime suspect.

Serge and Lila have a brilliant working relationship and I can't wait for them to investigate more together in future novels. Serge himself, is not what I would describe as an 'ordinary' fictional detective, but that only made me like him more.

As Serge and Lila continue their investigation, one by one their witnesses begin to meet their demise in the same grusome way, and the pair find themselves racing to catch the murdered before he or she strikes again.

The Lying Down Room is an excellent crime novel and a brilliant start to the series, I can't wait to see what the author has in store for Morel next.

The Lying Down Room is available from Amazon online and all good book shops.