Review: Getting Life by Michael Morton 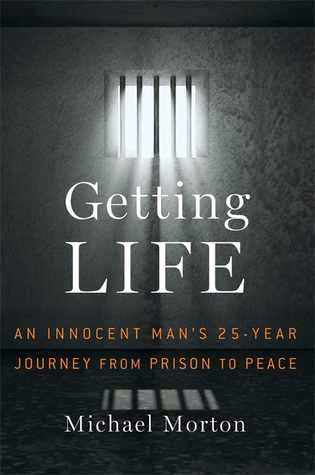 Back cover blurb: He spent twenty-five years in prison for a crime he did not commit. He lost his wife, his son, and his freedom. This is the story of how Michael Morton finally got justice—and a second chance at life. On August 13, 1986, just one day after his thirty-second birthday, Michael Morton went to work at his usual time. By the end of the day, his wife Christine had been savagely bludgeoned to death in the couple’s bed—and the Williamson County Sherriff’s office in Texas wasted no time in pinning her murder on Michael, despite an absolute lack of physical evidence. Michael was swiftly sentenced to life in prison for a crime he had not committed. He mourned his wife from a prison cell. He lost all contact with their son. Life, as he knew it, was over... contd...

Getting Life is by far the most inspirational book that I have ever read. A true tale of survival it will be have you gripped from the opening pages.

A remarkable account of Michael's life behind bars for a murder that he did not commit, from the horrific discovery of his wife's body, to the agony of his broken relationship with his son, Michael's tale is tragic.

Yet never once does he feel sorry for himself.

From his arrival in penitentiary through to his meetings with the Innocence Project, Michael never once stopped fighting to prove his innocence. Michael is a truly remarkable and admirable human being who should be proud of what he has achieved with this memoir.

There were times whilst reading, that I had to remind myself that it was a memoir, a work of truth, and not a novel, as some of the things that happen are so disturbing.

It seems incomprehensible that Michael was made to suffer in the (many) ways that he was at the hands of his fellow human beings. He was badly let down by so many, yet never once set out for revenge - although of course it crossed his mind, he is only human after all.

The work of the innocence project, together with Michael's lawyers, prove that amongst the cover ups and conspiracy there were some good people looking out for Michael, who, together with his parents and closest family members helped secure his release.

Michael today is undoubtedly a very different man from the one who was charged with his wife's murder more than 25 years ago, but he should feel very proud of how much he has achieved and just how far he has come.

Getting Life is available to buy TODAY from Amazon online and all good book shops.

Thank you to Simon and Schuster who approved my request on netgalley in exchange for an honest review.