Review: the Butcher by Jennifer Hillier 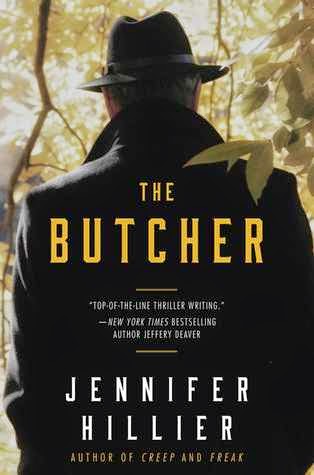 Back cover blurb: A rash of grisly serial murders plagued Seattle until the infamous “Beacon Hill Butcher” was finally hunted down and killed by police chief Edward Shank in 1985. Now, some thirty years later, Shank, retired and widowed, is giving up his large rambling Victorian house to his grandson Matt, whom he helped raise. Settling back into his childhood home and doing some renovations in the backyard to make the house feel like his own, Matt, a young up-and-coming chef and restaurateur, stumbles upon a locked crate he’s never seen before. Curious, he picks the padlock and makes a discovery so gruesome it will forever haunt him… Faced with this deep dark family secret, Matt must decide whether to keep what he knows buried in the past, go to the police, or take matters into his own hands. Contd...


The Butcher is the first of several novels that I have recently been invited to request via netgalley directly from the publishers.

That said, The Butcher is probably one of those novels that had I heard of it sooner, I'd have requested myself as a crime lover. The novel mainly centres around Edward and Matthew Shank, Grandfather and Grandson;

Edward Shank, Police Chief in Seattle, famous for capturing the 'Beacon Hill Butcher' is about to leave his house to his grandson, Matt, before leaving for a plush retirement home. He doesn't need the space around him now that his wife Marisol has passed away.

Matt is only too happy to inherit the house he grew up in, raised by his grandparents after the tragic death of his Mother. Matt is an ambitious young man, a successful Chef and Restaurateur, determined to make the most of his life.

What he doesn't yet know is that the house his grandfather left him harbours some dark secrets, information about a police case that Matt believed was dead and buried along with it's victims. Matt faces the ultimate dilemma when he finally discovers the truth, does he risk everything and go to the police, or does he keep it to himself and hope that no one ever finds out?

It's certainly a dilemma that I wouldn't like to have and I have no idea how I would react in a similar situation. Matt for his part seems to handle it reasonably well, to a point, and this is where everything begins to unravel. I don't want to give too much away, but the Butcher for me worked because its characters are believable, even if some of their actions aren't.

The Butcher is one of the only crime novels that I have read that unveils some pretty crucial facts early on, yet still managed to keep me hooked. Yes I knew who did it, but that didn't mean I didn't want to find out if they would get caught!!!

The Butcher is available to buy now from Amazon online and all good book shops.

Thank you to the publishers who invited me to request this novel via netgalley.