Review: After the War is over by Jennifer Robson 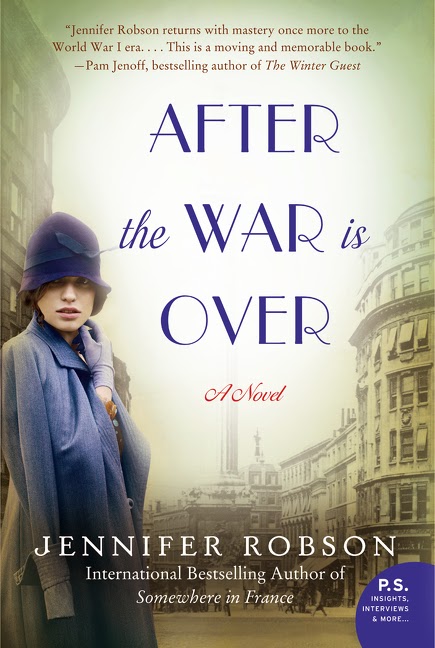 After the War is over by Jennifer Robson
Pulisher: William Morrow
Release date: 12 February 2015
Rating: ****

Back cover blurb: After four years as a military nurse, Charlotte Brown is ready to leave behind the devastation of the Great War. The daughter of a vicar, she has always been determined to dedicate her life to helping others. Moving to busy Liverpool, she throws herself into her work with those most in need, only tearing herself away for the lively dinners she enjoys with the women at her boardinghouse. Just as Charlotte begins to settle into her new circumstances, two messages arrive that will change her life. One is from a radical young newspaper editor who offers her a chance to speak out for those who cannot. The other pulls her back to her past, and to a man she has tried, and failed, to forget. Edward Neville-Ashford, her former employer and the brother of Charlotte's dearest friend, is now the new Earl of Cumberland—and a shadow of the man he once was. Contd....

After the War is over is a beautifully written historical novel about Charlotte Brown, a thirty something who is returning to Liverpool to take up her pre-war job role after working as a nurse during the great war.

Charlotte appears to be a charming young woman with some strong opinions about society. She is forthright in these opinions without being rude, and her arguments are usually well founded, as she attended University before the war.

Although she enjoyed being a nurse during the war she is settling back in to her old life quite nicely, so is shocked when she is invited to attend the funeral of the father of her dearest friend Lily and her brother Edward (now the Earl of) Cumberland.

Although well educated, Charlotte has always been in a different social class to her friends, and is not usually made to feel welcome by the rest of the Cumberland family, particularly Lily and Edward's other sisters. So it is with some reluctance that she allows herself to be persuaded to help Edward who is sadly a completely changed man after the war.

Drawing upon her limited nursing experience (the patients she attended during the war were more mentally injured than physically) Charlotte begins the at first thankless task of looking after Edward. She has the unenviable task of making him understand that is only natural that he feel guilty at surviving when so many didn't, but that he doesn't need to feel the guilt he does.

Slowly Edward begins to recuperate and we see the beginning of a beautiful friendship between the two, and just a hint of the romance that must have been shown in Robson's previous novel, Somewhere in France.

When Charlotte leaves Edward to return to Liverpool, she knows that is is unlikely that they can ever be together as they both desire to be. But are they really so different as society would make them believe? Or are they looking for an excuse to avoid the subject of love?

Now that I've discovered After the War is Over, I feel I really must read Robson's previous novel, Somewhere in France so that I can discover her brilliant characters in their younger days.

After the War is over is available to buy now from Amazon online and all good book shops.

Thank you to Alice Herbert at Harper 360 who sent me a copy of this novel in exchange for an honest review.