Blog tour: If You Go Away by Adele Parks 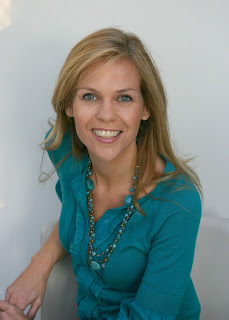 I cannot tell you how excited I am to be welcoming Adele Parks to my blog today to talk about her Top 10 Most Notable Historical Romances as part of the If You Go Away blog tour;

Perhaps the most difficult top ten list to curate is real historical romances because I’m stepping out of the remit of art (whether that’s music, film or the written, fictional word) and I’m looking at real lives; albeit lives often lived a long time ago. Of course, the problem with real lives is that they are hideously complex; that’s why we all love the security and satisfaction of fictional romance. Many of the most famous and profound historical romances didn’t end at all happily, in fact often they were quite definitively tragic. However, they are all memorable and many had huge political, social and even religious consequences. The magnitude of these romances cannot be ignored or denied.

1. Queen Victoria and Prince Albert – Besotted, devoted, passionate about one another. They had many happy years where they produced a large brood and improved the country’s welfare. However, losing Albert was unbearable for Victoria. She mourned her beloved prince, for 40 years. Wearing black until her death in 1901.

2. Vera Brittain and Roland Leighton – Two brilliant, young people who were deeply in love, full of ideas and promise, typical of a generation. Heartbreakingly, he was lost to WW1, inspiring one of the most moving memoirs of their generation, ‘Testament of Youth.’

3. Shah Jahan and Mumtaz Mahal - Many happy, loving and productive years were brought to an end when Mumtaz died while giving birth to their 14th child. Shah Jahan was devastated by his wife’s death but it inspired him to build one of the world’s greatest architectural masterpieces to serve as her final resting place: theTaj Mahal.

4. John and Abigail Adams - One of the most influential relationships that shaped the United States was possibly the most romantic and besotted couple in American (especially political) history. They were simply devoted, even when separated for years due to the political climate. In their lifetime they wrote 1200 love letters to each other. They grew old together #justlovely.

5. Henry VIII and Anne Boleyn - It started badly (as Henry was married to someone else), the middle bit was messy (as his insistence on marrying Anne led to a big row with the Pope) and it ended hideously (she was the first English queen to be publicly executed and that was after a humiliating trial where she was falsely accused of multiple infidelities including with her brother). Yet it cannot be denied at some point he must have loved her enormously, because otherwise, why all the bother?

6. Paris and Helen - According to Greek mythology, the love between Paris and Helen provoked the downfall of Troy. Helen was reputedly exquisite, indeed she’s known as, The face that launched 1000 ships. She was married and a Queen, Paris was asking for trouble. Perhaps he should have left her alone, after all, the saying goes that there are plenty more fish in the sea; certainly, following their elopement, there were plenty more ships in the sea.

7. Napoleon and Josephine – The most frustrating on-off couple in history. Sort of big scale Ross and Rachel. They married because she was a jilted courtesan without choices, separated through war, he wrote love letters constantly beckoning her to visit, but she made excuses, including feigning pregnancy, to stay in Paris for soirees and affairs. There was a lot of private and public humiliation, eventually he began entertaining his own mistresses. Only then did Josephine fall in love with Napoleon and become a loyal wife. The tables had been turned. The relationship became more tumultuous when Napoleon discovered Josephine was barren. He divorced her for Marie Louise of Austria. An heir was conceived, but Napoleon’s love for Josephine had grown once again, though not close what it had once been. He made certain she retained the title of empress and provided for her children. Josephine died alone, uttering Napoleon as her last word. Napoleon died seven years later reputedly with her name on his lips. Get it together people!

8. Antony and Cleopatra – Incredibly passionate about one another to the point that they were blind to the political consequences of their love. Yes, you’ve guessed it, another love affair that led to war, this one ended in their suicides. Sigh.

9. Edward and Mrs Simpson – He gave up being the king of England for her because the British government and people considered her unsuitable. He disagreed. Enough said.

10. Justinian and Theodora – I had to go right back to the 6th century to find an out and out success. This couple transformed the most powerful civilization in the world and established its new order. Justinian was heir to the throne, Theodora was a girl that had just turned her life around from working as an actress and courtesan to becoming a devoted Christian living a humble life. Think Cinderella. They met, fell in love but were not allowed to marry because of their social differences. The couple sensibly bided their time until Justinian became King and then he changed the law allowing marriage to reformed courtesans. Together they then ruled the most powerful nation in the world, building schools, churches and other buildings that greatly enhanced the civilization. This is one of the few stories that truly ends happily ever after. So there I shall leave you…

Don't forget to visit Shaz's Book Blog tomorrow for the last date on the tour. 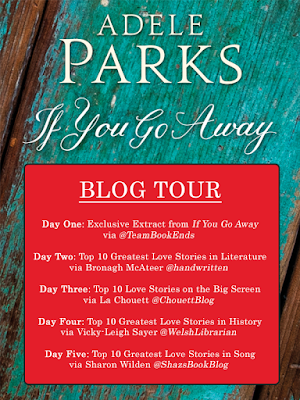 If You Go Away is available to buy now from;

Finding the One: A selection of short stories is also available to buy now from;

A HUGE thank you to Georgina Moore at Headline and of course Adele herself for letting me take part in this glorious blog tour.