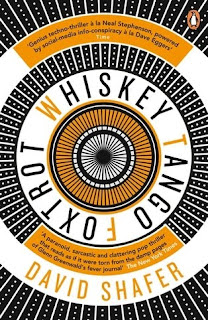 Leila leaned in to the man’s desk. She was too small to loom over anything, but she could lean in. In English, and too loudly, and in her best imitation of importance, she said, “I am an officer of an agency recognized by the UN”—a meaningless statement, but it had officer and agency and UN in it. “You cannot prevent me from taking custody of my shipment.” She actually stamped her foot.

The underling blanched and receded. At the far end of the room, the klatch quit stirring its tea.

Then Leila said very quietly, in Burmese, “I know this is not your fault. I will leave you. But tell me where Zeya is now. He is the one I need to speak to.”

Leila worked alone; she had to be both good cop and bad cop.
The man squinted at her. She often got that squint when she used Burmese; her accent was probably pretty bad. But then his eyes widened and softened, and she thought that he was going to take this deal.

In a quick and quiet utterance, in a mix of two languages, he said to Leila, “It is day three. He is with the bird people on day three.”

The Burmese numbered their days of the week. He meant Tuesday. But what the fuck were bird people?

Sticking to Burmese, Leila said, “How do I get my boxes? Why does Zeya make it so hard for me?”

About the Author:
David Shafer is a graduate of Harvard and the Columbia Journalism School. He has lived in Argentina and Dublin, and worked as a journalist, a carpenter and a taxi driver. He lives in Portland, Oregon, with his wife and children. Whiskey Tango Foxtrot is his first book. 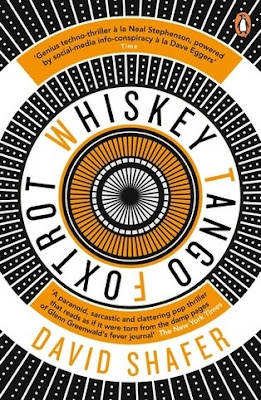 Deep in the forest near Burma's border with China, a young woman sees something she wasn't supposed to see. In Portland, Oregon, a troubled young man crashes his bicycle on his way to work - and then gets fired. In New York, a famous self-help author goes on daytime TV - and suddenly conceives 'a book that would take him beyond talk shows'. What connects these three people - though they don't know it yet - is that they have come to the attention of the Committee, a global cabal that seeks to privatize all information. And each of them will, in their different ways, come to take part in the secret resistance struggle spearheaded by a scarily clever hacktivist collective - a struggle built on radical politics, classic spycraft and eye-popping technology. Along the way, they are forced to confront their own demons, reconsider their values, and contemplate the meaning of love, family, friendship and community. Whiskey Tango Foxtrot is at once a page-turning thriller, a deeply absorbing psychological novel, and a visionary exploration of the possibilities and hazards of our online lives.

Out now in paperback and e-book

Fancy winning a copy of Whiskey Tango Foxtrot?
Of course you do!
To get your hands on one, please email thewelshlibrarian@yahoo.co.uk or tweet me @WelshLibrarian before Midnight, Monday 12th June.

UK and Ireland only.