Review: If You Go Away by Adele Parks 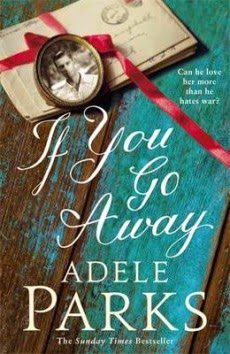 Back cover blurb: 1914. Vivian, a young, impassioned debutante is hurried into a pedestrian marriage to cover a scandal. War breaks out on her wedding day - domestically and across Europe. Quick to escape the disappointment of matrimony, her traditionalist husband immediately enlists and Vivian has no alternative than to take up the management and running of his estate - after all, everyone is required to do their bit. Even pretty, inadequately-educated young wives. Howard, a brilliant young playwright rushes to the front to see for himself the best and the worst of humanity; he cannot imagine what the horror might be. In March 1916, when conscription becomes law, it is no longer enough for him to report on the War, it's a legal requirement that he joins the ranks. Howard refuses, becoming one of the most notorious conscientious objectors of the time. Contd...


If You Go Away is Adele Parks' 15th novel. Her first foray into historical fiction resulted in one of my favourite novels of last year; Spare Brides. I wasn't sure that this could be improved upon, but If You Go Away is quite possibly Adele's best work yet.

Vivian (our main protagonist) is brilliant, but naive, beautiful but headstrong. She is wealthy and used to getting her own way when we meet her, but when WW1 breaks out on her wedding day she is forced to revaluate the planned life ahead of her. She moves away from London to be with her husband in the country, but it is a lonely place for Vivian and she does not settle immediately.

Aubrey is not the husband that Vivian wanted, the one that everyone told her she deserved. But he is the one that society has said she must have, after a terrible misjudgment on her behalf. It is inevitable that he will go away to War and Vivian cannot help but be thankful for that.

Howard is determined, determined not to go away to fight, and cannot be dissuaded once he has set his mind on something. He is not (at least in my mind) as Society would have him labelled 'a Conchie' (A conscientious objector). He is most definitely not a coward, and he will not be the first man to suffer for standing up for his beliefs.

When Vivian struggling with the loneliness of unfamiliar surroundings, befriends Enid, she has no idea that Enid's suggestion for her to become involved in the day to day running of her own land will set her on a collison course with Howard, Enid's son. After a eye opening stint on the front working with a newspaper reporter Howard returns home to his Mother, to the country, more determined than ever not to fight.

Vivian and Howard come from very different backgrounds. Previously a playwright in London, Howard has seen both sides of the war; back home and on the front. But it is the troubles of the homefront that bring them together when Vivian employs Howard to help with her land whilst her husband is away. The events that follow undoubtedly change both of their lives beyond recognition.

Few female writers I have come across are prepared to write about the brutality and horror of War as honestly as Adele has done with this novel and I hope that she is recognised for this. Her characters go on some remarkable journeys through this novel and emerge at the end infinitely better human beings although their situations have changed dramatically.

A beautifully written passionate, love story laced with tragedy, and Parks' trademark honesty; If You Go Away is a novel of epic proportions. And the ending? Well it is a glorious finish to the perfect novel. I can't recommend it highly enough.

I might be biased as a huge fan of Adele's work, but this is 100% my favourite novel of this year so far, and will probably be my stand out novel of 2015. I'm not sure if she has any more historical work up her sleeve- but I am quietly hoping that she does.


If You Go Away is available TODAY from Amazon online and Headline. 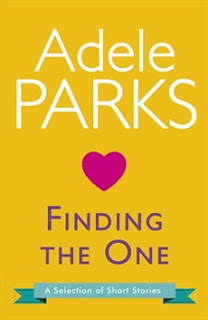 Finding the one: a selection of short stories is also available now.

A massive thank you to Georgina Moore at Headline and Adele for sending me my gorgeous limited edition proof.