Review: A Year of Marvellous Ways by Sarah Winman 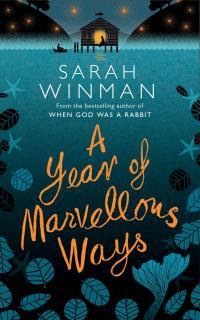 A Year of Marvellous Ways by Sarah Winman
Publisher: Headline
Release date: 18 June 2015
Rating: **** and a half
Back cover blurb: Cornwall, 1947. Marvellous Ways is a ninety-year-old woman who's lived alone in a remote creek for nearly all her life. Recently she's taken to spending her days sitting on the steps of her caravan with a pair of binoculars. She's waiting for something - she's not sure what, but she'll know it when she sees it. Freddy Drake is a young soldier left reeling by the war. He's agreed to fulfil a dying friend's last wish and hand-deliver a letter to the boy's father in Cornwall. But Freddy's journey doesn't go to plan, and sees him literally wash up in Marvellous' creek, broken in body and spirit. When Marvellous comes to his aid, an unlikely friendship grows between the two. Can Freddy give Marvellous what she needs to say goodbye to the world, and can she give him what he needs to go on?


A Year of Marvellous Ways is a beautiful novel that takes you right in to the heart of Cornwall to share the final year of eighty-nine year old, Marvellous Ways.

A Year of Marvellous Ways doesn't immediately grip you, nor is it designed to (it is most certainly not a thriller!) instead it is one of those glorious novels that is best read slowly and savoured for all its beauty.

Marvellous Ways spends her days sitting by the river, telescope in hand waiting for something, or someone to come along... Lo and behold along comes Francis Drake an injured ex-soldier who has come to grant a dying mans last wishes; the posting of a letter.

Marvellous and Francis make an unlikely pairing but become great friends. Marvellous recognises Francis' post war depressive state and tries to help him out of this by telling him stories about her past. Here we learn much about Marvellous and the community she lives in, she has had a wonderful life and Francis is grateful for her friendship.

A Year of Marvellous Ways is a beautiful lovingly written novel that really allows you inside the characters thoughts and feelings, so much so you won't want to leave them when the time comes...

A Year of Marvellous Ways is available to buy now from Amazon online and all good book shops.

Thank you to Bookbridgr and the publishers who approved my request in exchange for an honest review.