Blog tour: Sewing the Shadows Together by Allison Baillie 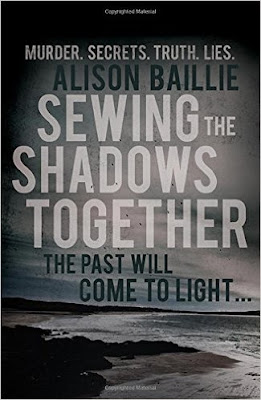 Back cover blurb: Can you ever really know someone? More than Thirty years after Thirteen-year-old Shona McIver was murdered in a Scottish seaside town, her brother Tom and her best friend Sarah meet again at a school reunion. The tragedy has cast a shadow over their lives, but when DNA evidence shows that the wrong man was convicted of the murder, their relationships and emotions are thrown into turmoil. In the search for the real killer, suspicion falls on those closest to them: Tom uncovers dark secrets, Sarah's perfect family life begins to crumble, and they are caught up in a web of death, love and deception before the truth finally comes to light.
Sewing the Shadows Together is essentially a murder mystery novel set in Portobello, Scotland, but it is really so much more.

Tom McIver returns to Portobello from South Africa after his Mother's final request that her ashes be scattered in Scotland. By chance more than anything else, he finds himself at a School Reunion where he meets Sarah, his sister Shona's best friend and her husband Rory Dunbar, an old school friend of his.

Shona McIver was murdered more than thirty years previously, and the locals have always believed that Logan Brodie was responsible for her death, until a local newspaper reporter learns otherwise. Brodie is soon to be released after new DNA evidence proves he cannot possibly have murdered Shona.

Sarah and Tom begin to question everything and everyone around them, drawn together by Shona they are determined to find the truth, no matter how hard it might be for one or both of them to bear.

Sewing the Shadows Together is a fairly dark secretive novel (my favourite kind) that really keeps you guessing until it's final pages. Who can you trust? Who was the murder? Are they still out there, or are they long gone?

An impressive debut, I look forward to the next novel from Allison Baillie... 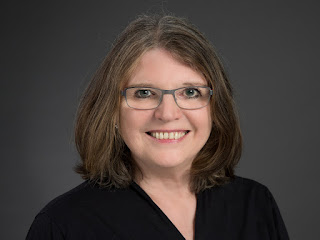 Alison Baillie was brought up in Yorkshire by Scottish parents. She studied English at St Andrews, before teaching English in Edinburgh, Finland and Switzerland. Now she spends her time reading, writing, travelling and attending crime writing festivals. 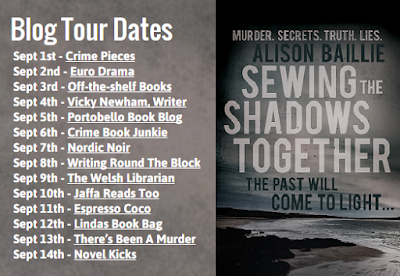 Sewing the Shadows Together is available to buy now from Matador and  Amazon online.

Many thanks to Mike Linane who sent me an advanced copy of the novel in exchange for an honest review.