Review: The Girl You Lost by Kathryn Croft 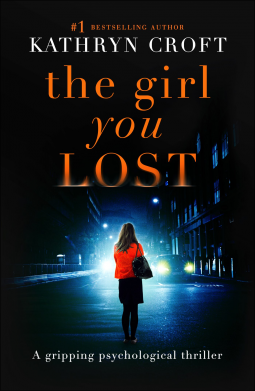 The Girl You Lost by Kathryn Croft
Publisher: Bookouture
Release date: 5 February 2016
Rating: *****
Back cover blurb: Eighteen years ago your baby daughter was snatched. Today, she came back. A sinister and darkly compelling psychological thriller from the No.1 bestselling author of The Girl With No Past. Eighteen years ago, Simone Porter’s six-month-old daughter, Helena, was abducted. Simone and husband, Matt, have slowly rebuilt their shattered lives, but the pain at losing their child has never left them. Then a young woman, Grace, appears out of the blue and tells Simone she has information about her stolen baby. But just who is Grace – and can Simone trust her? When Grace herself disappears, Simone becomes embroiled in a desperate search for her daughter and the woman who has vital clues about her whereabouts. Simone is inching closer to the truth but it’ll take her into dangerous and disturbing territory.

The Girl You Lost is a gripping psychological thriller that had me hooked from its first page.

Simone and Matthew Porter are left devastated at the disappearance of their six month old daughter Helena. Although young themselves they are committed to each other and vow never to lose hope.

Despite the odds they stick together, Matthew goes on to a successful career as a GP and Simone equally as successful as a journalist.

Eighteen years later Simone is approached in John Lewis by a young woman acting strangely. She insists that she has important information about Helena, but naturally Simone's guard is up. She has had Eighteen years of people claiming to know something. Each lead is followed but inevitably leads to heartache.

In spite of herself Simone ends up following the girl, Grace to a local cafe where Grace presents with some information that she could not possibly know unless she is telling the truth. Is this finally the moment that Matt and Simone have been waiting for?

But then Grace drops an unexpected bombshell, she is in trouble and needs Simone's help. Against her better judgement Simone agrees, if only to try and cling to the hope that Helena may be alive and well. Things are looking up, until Grace disappears.

What follows is a complex Cat and Mouse chase with Simone desperately seeking the truth, and seemingly everyone around her trying to stop her from doing just that.

Sometimes disturbing, with some hateful characters, but always brilliant the Girl You Lost is set for big things in 2016!

The Girl You Lost is available from 5 February 2016.
You can pre-order it now via Amazon online.