Review: The Glittering Art of Falling Apart by Ilana Fox 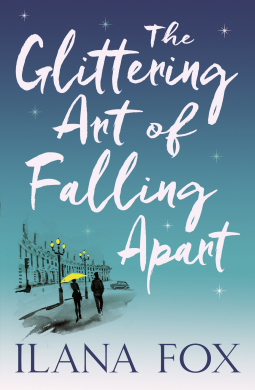 The Glittering Art of Falling Apart by Ilana Fox
Publisher: Orion
Release date: 11 February 2016
Rating: *****
Back cover blurb: 1980s Soho is electric. For Eliza, the heady pull of its nightclubs and free-spirited people leads her into the life she has craved - all glamour, late nights and excitement. But it comes at a heavy cost. Cassie is fascinated by her family's history and the abandoned Beaufont Hall. Why won't her mother talk about it? Offered the chance to restore Beaufont to its former glory, Cassie jumps at the opportunity to learn more about her past. Separated by a generation, but linked by a forgotten diary, these two women have more in common than they know . . .


Cassie Cooke is obsessed with her family home; Beaufont Hall. Her Mother spent most of her childhood there up until the time when she married her husband and before the couple had any children. But she has always been reluctant to talk about it.

When Cassie suggests that she go and have a look at the house to see if anything can be salvaged before it is sold, her mother reluctantly agrees, perhaps realising that there is little she can do to stop her daughter.

When Cassie arrives at Beaufont, she is shocked and disappointed at the state of disrepair that it is in and vows to restore the home to some of its former glory.

Ed Winter, the son of a local family who used to help out at Beaufont, is on hand to help and Cassie quickly finds herself falling for him. It is clear that Ed only sees her as a friend so Cassie puts her feelings to one side and concentrates on the task in hand.

Cassie is stunned to find a diary from a relative that she didn’t enough know existed, Eliza

Eliza feels constrained by her family life and moves to Soho despite her parents concern. She quickly falls into a life of drugs and alcohol and is on a slippery downward slope, until she meets Jonathan Klein.

Suddenly Eliza is a model, earning real money and she leaves Soho and her friends behind, but she can’t stop taking drugs. At first she is astute enough to only take them the evening before a shoot, but then a photographer gives her some heroin, and Eliza’s future quickly becomes bleak again as she becomes addicted.

Dropped by her agency, Eliza once again finds herself in Soho, and in more trouble than she ever could have imagined.
The Glittering Art of Falling Apart is available from 11 February 2016
You can pre-order it now via Amazon online and Orion.

Thank you to the publishers who invited me to view a copy of this novel via netgalley in exchange for an honest review.