Review - The Deaths of December by Susi Holliday 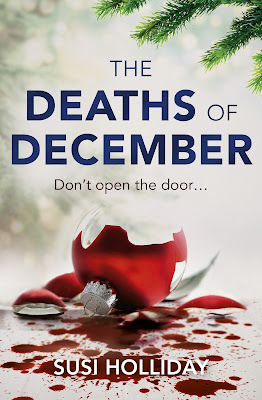 Back cover blurb: When an advent calendar is delivered to the police station, no one takes any notice, until they open it to find a murder behind every door. Santa’s not the only one in red this Christmas . . . It looks like a regular advent calendar. Until DC Becky Greene starts opening doors...and discovers a crime scene behind almost every one. The police hope it's a prank. Because if it isn't, a murderer has just surfaced - someone who's been killing for twenty years. But why now? And why has he sent it to this police station? As the country relaxes into festive cheer, Greene and DS Eddie Carmine must race against time to catch the killer. Because there are four doors left, and four murders will fill them... Have yourself a deadly little Christmas.


DC Becky Greene and DS Eddie Carmine may just be my new favourite detectives. A world away from the Banktoun trilogy, the creepy, yet surprisingly festive Deaths of December may just be Susi’s finest novel so far.

'The Photographer' uses a 35mm camera, a nod to a dying art, or a clever way of attracting Police attention?

It’s a question that must be answered when an old fashioned advent calendar (the type with pictures only - no chocolate!) is sent to the police station where Becky works. Behind each window is a gruesome crime scene.

Addressed 'to a detective who knows what to do', at first it appears to be a sick joke, someone from scenes of crime having a laugh. Because no one in their right mind would send detectives evidence of their crime scene. Would they?


Becky’s colleague DS Carmine, wonders if it could be connected to a recent as yet unsolved murder, one he’s been asked to stop working on, as one of the windows looks like a familiar scene. He wants to continue with the investigation regardless, seeking justice for the victim.

Relatively new to the team Becky is quickly partnered with Eddie after suggesting some possible avenues for consideration. Her mind is sharp, her interest piqued and enthusiasm at its highest.

Perfect characteristics for a detective to solve a crime quickly.

Unless you are looking for a serial murderer who is seemingly Mr. invisible... Leaving behind a trail of physical evidence like the photographs, but no clues about who they themselves might be.

DC Greene and DS Carmine must work quickly if they are to stop the advent killer before he strikes again. For there are empty windows on that advent calendar, and a killer who wants to fill them and get his Christmas off to a gruesome start.

The Deaths of December is available from 16 November 2017.
You can pre-order it now via Amazon online and all good book shops.

I'm delighted to be taking part in the official deaths of December blog tour that kicks off on 16th November; 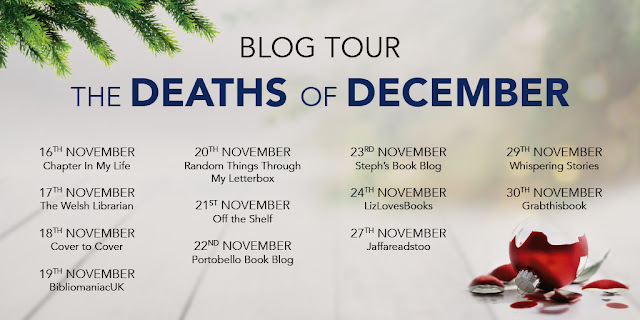