Review - No Dominion by Louise Welsh 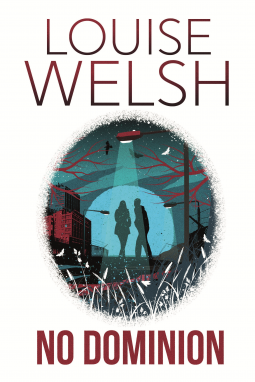 It is seven years since the Sweats wiped out most of the world's population. But for those who survived the outbreak, life has gone on. Stevie Flint and Magnus McFall are now part of a small community on the Orkney Islands, without mobile phones or TV, without antibiotics or fuel, who are trying to rebuild the rudiments of democratic civilisation. When three strangers arrive on the islands, however, they upset the fragile community, bringing long-buried tensions to the surface. Realising that a number of the islands' young are missing, Stevie and Magnus set off on a journey to the mainland to get them back - a mainland swarming with outlaw gangs, and where self-appointed autocrats and religious fanatics hold sway . . . Thrilling and breathless, No Dominion asks what happens when the scaffolding of civilisation collapses, and how far we'd go to preserve our humanity.

No Dominion is the third and final instalment of Louise Welsh's plague times trilogy, and it was well worth the wait!


‘The Sweats’ have pretty much decimated everything and everyone.

The Orkney Islands are one of the very few safe havens left.

Many of the survivors of the first sweats outbreak have taken refuge there. Some have setup home with each other and some have even ‘adopted’ orphaned children.

Stevie is elected ‘president’ of the Orkney's and by default must vet any newcomers to the islands for signs of the sweats or worse.

But when three strangers turn up unannounced, Stevie’s instinct is to turn them away. However they are known to one of the islands existing inhabitants and he says he will vouch for them.

With strangers comes uncertainty and hope for the children of the islands who perceive that there is more to life than the Orkney's.

They don’t appreciate the dangers associated with leaving can’t imagine that things could possibly be any worse than they already are.

Little do they know that the outside world is a very dangerous place.

No Dominion can be read as a stand alone novel, but as the rest of the series is so good, I would encourage you to read the other books if you can.

No Dominion is available now via Amazon online and all good book shops.