Review - If I die before I wake by Emily Koch 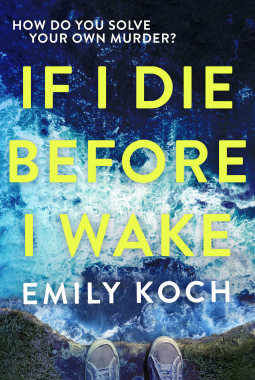 If I die before I wake by Emily Koch
Publisher: Vintage
Release date: 11 January 2018

Back cover blurb: HOW DO YOU SOLVE YOUR OWN MURDER? Everyone believes Alex is in a coma, unlikely to ever wake up. As his family debate withdrawing life support, and his friends talk about how his girlfriend Bea needs to move on, he can only listen. But Alex soon begins to suspect that the accident that put him here wasn’t really an accident. Even worse, the perpetrator is still out there and Alex is not the only one in danger. As he goes over a series of clues from his past, Alex must use his remaining senses to solve the mystery of who tried to kill him, and try to protect those he loves, before they decide to let him go. A stunning edge-of-your-seat debut novel with an unforgettable narrator.


Alex is in a coma after a climbing accident. He can hear all of those around him as they come in and out of his hospital room, though no one believes he can hear, see or feel anything. He is all alone with only his thoughts for company.

Alex's girlfriend Bea and his Father and Sister cling on to the hope that he might wake up one day. But try as he might, Alex cannot get them to notice that he is already awake and listening to everything they say.

Others around Alex seem not as concerned with his current medical state, but more as to how he ended up there.

For it seems that his fall may not have been accidental after all.

As he lies listening to those he loves come and go, Alex tries to piece together the evidence to discover what truly happened that fateful day.

He also must resign himself to the fact that Bea should be starting to move on with her life, away from him.

She can't continue to wait for Alex's recovery when the doctors are so sure that there is very little chance of one.

But Bea is a huge part of Alex's history, and if she gives up on him, will he ever truly discover what happened to him? And when all is said and done, does he really want to know?

If I die before I wake is available from 11 January 2018.
You can pre-order it now via Amazon online and all good book shops.