Review - Call Me A Liar by Colette McBeth 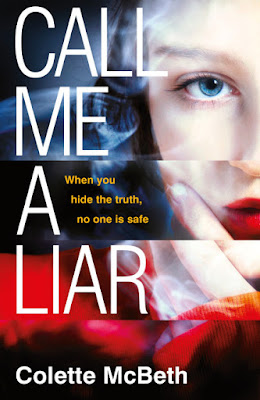 Call Me A Liar by Colette McBeth
Publisher: Headline
Release date: 18 April 2019
Back cover blurb: You could say it started with vanity. We believed we were special. But the truth is we were simply vulnerable. Months after landing their dream job, five brilliant young minds are sent on a remote retreat. But when one of them disappears, they’re forced to question why they were brought there in the first place. And for the first time in their lives, they realise too much knowledge can be deadly . . . One of them is lying. One of them is guilty. No one is safe.


Call Me A Liar is a novel that I had been looking forward to for quite some time as Colette McBeth, is one of my favourite psychological thriller authors.

If something seems too good to be true, it usually is. Just months after landing their dream job, five brilliant young people are sent on a remote retreat. For them it is the opportunity of a lifetime, to prove to their boss that they are worthy of their high flying roles and equally high salaries at such young ages.

But it quickly becomes apparent that this is no ordinary retreat, at least one of them really doesn't want to be there and every single one of them has a secret that they don't want any of the others to discover.

When one of the group disappears, they are forced to question why they were bought to the retreat, in the first place, and if their dream jobs are all that they appear to be. Are they a facade for something far more sinister, or are they just too young too understand what they are really involved in?

One thing is clear, that they need to figure it out, and fast, before the situation escalates into something that they can never return from.

Call Me A Liar is a complex web of lies, deceit and dark secrets, that will have you gripped from the first page through to the last. Another brilliant novel from Colette McBeth, that comes highly recommended.

Thank You to the publisher who sent me an advanced proof copy of this novel in exchange for an honest review.
Newer Post Older Post Home