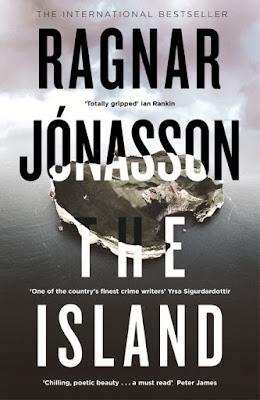 Back cover blurb: Four friends visit the island. But only three return . . . Detective Inspector Hulda Hermannsdóttir is sent to the isolated island of Elliðaey to investigate and soon finds haunting similarities with a previous case - a young woman found murdered ten years ago in the equally desolate Westfjords. Is there a patient killer stalking these barren outposts? As Hulda navigates a sinister game constructed of smoke and mirrors she is convinced that no one is telling the truth, including those closest to her. But who will crack first? And what secrets is the island hiding? Haunting, suspenseful and as chilling as an Icelandic winter, The Island follows one woman's journey to find the truth hidden in the darkest shadows, and shine a light on her own dark past.


The Island is the second novel in Ragnar Jónasson's Hidden Iceland series, and I enjoyed it immensely.. one thing worth mentioning about this particular series though, is that it has been written in reverse order and book 1 in the series, The Darkness sees our main protagonist Detective Inspector Hulda Hermannsdóttir at the end of her career with the Reykjavik police.

Book 2, is somewhere in the middle and focuses on two murders, ten years apart. The first murder takes place in the late 1980’s, in an isolated rural location. A hideaway holiday cabin becomes a notorious crime scene when Dagur’s sister was brutally murdered there.

For days she had been missing, but no one had thought that the worst possible thing that could have happened had. The family were not prepared for her brutal ending, or how brutally the rest of the family would be torn apart by the subsequent investigation.

Ten years later, Dagur and his school friends, Benin, Alexandra, and Klara decide to take a trip to a remote island to honour the anniversary of his sisters death. It seems strange to them that they should choose to honour the occasion in this way, when they rarely speak about the past.

When Hulda is called to investigate a suspicious death on a remote island she is reluctant at first to travel. Until she realises that people are hiding things from her, and that present events may link to a previous crime, that may not have been solved as she was led to believe at the time.

The Island is available via Amazon online and all good book shops. 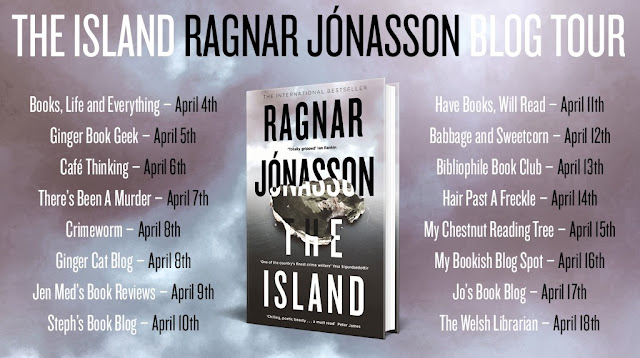 Thank You to the publishers who invited me to review a copy of this novel in exchange for an honest review and a spot on the official blog tour!