Review - Then She Vanishes by Claire Douglas 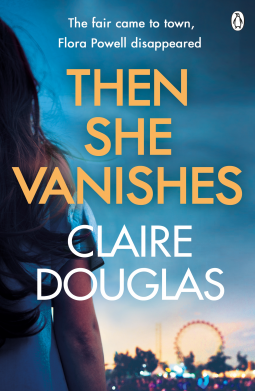 Then She Vanishes by Claire Douglas
Publisher: Michael Joseph
Release date: 27 June 2019
Back cover blurb: THE ONLY THING MORE SHOCKING THAN THE FIRST CHAPTER . . . IS THE LAST. Everything changed the night Flora disappeared. Heather and Jess were best friends - until the night Heather's sister vanished. Jess has never forgiven herself for the lie she told that night. Nor has Heather. But now Heather is accused of an awful crime. And Jess is forced to return to the sleepy seaside town where they grew up, to ask the question she's avoided for so long: What really happened the night Flora disappeared?


Jess is an investigative reporter, exactly the kind of reporter that you don't want hanging around the family home when one of your children is suspected of a heinous crime, and even you as their Mother are not sure if they are innocent.

But Jess is an old family friend, and believes that Heather isn't capable of murder. So Heather's Mother agrees to let her in, and tell the story from their side. Jess is sympathetic to the family's plight, as she has known them for so long, and is unable to tell the story as her ruthless boss would like her too.

She knows of course that the family has secrets. Which family doesn't?

But she is determined to stick to the known facts.

Jess however, cannot keep the past from her boss, and soon he is asking her to answer questions that she is unable to. Heather's sister, Flora went missing when they were teenagers and hasn't been seen since. It was presumed that her boyfriend had something to do with at the time, but now questions are being asked, that no one wants to answer.

Is Heather really as innocent as she seems?

Could she have had something to do with her sister's disappearance?

Or is the truth much more complicated than that?

Then She Vanishes is a twisty roller coaster of a novel that will have you second guessing every characters movement.


Then She Vanishes by Claire Douglas is available now via Amazon online and all good book shops.