Review - The Mist by Rangar Jonasson 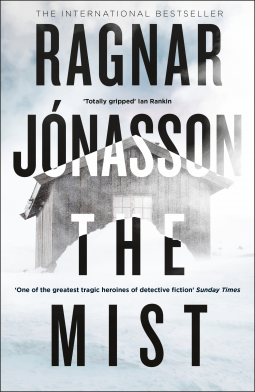 The Mist by Rangar Jonasson

Publisher: Michael Joseph
Release date: 30 April 2020
Back cover blurb: 1987. An isolated farm house in the east of Iceland. The snowstorm should have shut everybody out. But it didn't. The couple should never have let him in. But they did. An unexpected guest, a liar, a killer. Not all will survive the night. And Detective Hulda will be haunted forever. The third and final novel in Hidden Iceland trilogy


The Mist is the final instalment in Ragnar Jónasson's Hidden Iceland trilogy, but technically it is also the first, as this is a trilogy with a difference as it is in reverse order.

I have had the pleasure of reading all three books in the trilogy, but this could be read as a standalone. I'd recommend reading the previous books in the series if you able to you though, as they are all brilliantly written.

The Hidden Iceland trilogy follows the career of Icelandic Detective Hulda Hermannsdóttir from personal tragedy to near retirement (in reverse of course).

In the late 1980's, Hulda is recovering from a life changing event when she is called upon to investigate a potential murder at an isolated farmhouse in the East of the country.

The novel switches back and forth between Hulda's world, and the farmhouse where snow has made the already isolated house inaccessible. Yet somehow a stranger is able to knock on the door seeking shelter.

The couple of live there are wary but accommodating. Will they regret the decision to allow a stranger into their home?

Like the other books in the trilogy, the Mist is a quick read, but that does not make it any less thrilling.


The Mist is available now via Amazon online and and all good book shops.