Review: The One Plus One by JoJo Moyes 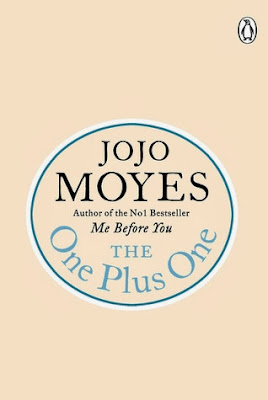 The One Plus One by JoJo Moyes
Publisher: Penguin Books Ltd
Release Date: Expected February 2014
Rating: *****
Back cover blurb:
One Single Mum.

JoJo Moyes has done it again, written another brilliant book that had me hooked from the first line. Until earlier this year I hadn't read anything at all by this author, until I put my hand on 'Me Before You' in my local library. Since then JoJo Moyes' back catalogue has been on my 'to read' list (which is quite long if you're interested...) so when I saw her latest novel was part of the Good Reads First Reads scheme I just had to enter... not thinking for a moment that I would be lucky enough to win.

The One Plus One centres around single Mum Jess, her two children, Tanzie a self confessed Maths Geek (biological daughter), mascara wearing teenager Nicky (Step-son) and her husband Marty, who doesn't actually live with them any more (he is living with his mother whilst he 'sorts himself out'.

Jess is more than understanding of her husband's 'depression' and supportive (to a point) of him living with his mother, she is less forgiving of the fact that he cannot provide for his children, and she spends all the hours that god sends cleaning and fixing things for other people.

In fact, this is how we meet the other central character in the book, Ed. Jess is his 'cleaning lady, and she is envious of her employer who seems to have it all. He is rich, handsome, successful, and spectacularly rude. Especially to her.

Ed we learn though is not without his own troubles. He has been well an truly stitched up by his ex-wife, and faces potential prosecution after a messy relationship with a girl he lusted after at University.

What could these people possibly have in common? I hear you ask.

A lot more than you would think.

Especially once Ed, Jess, Tanzie, Nicky and Norman (the excessively smelly and very large dog) are all thrown together by a set of circumstances that no one could have foreseen on a trip to Scotland so that Tanzie can take part in a Maths competition and Ed can visit his ill Father.

I don't want to give away too much else. I really want people to go out and read this one for themselves, and enjoy it as much as I did. I didn't think that JoJo Moyes could write another book as good as 'Me Before You' but I was wrong.

Oh, and incidentally I think this would make a great film too!

I was very kindly sent an ARC by Good Reads First Reads scheme and Penguin Books.