Review: The Three by Sarah Lotz 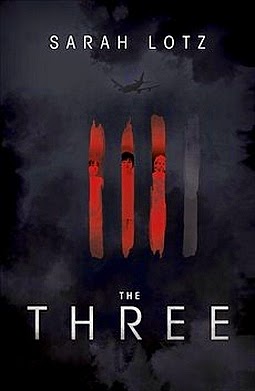 The day that will never be forgotten. The day that four passenger planes crash, at almost exactly the same moment, at four different points around the globe. There are only four survivors.

Three are children, who emerge from the wreckage seemingly unhurt. But they are not unchanged. And the fourth is Pamela May Donald, who lives just long enough to record a voice message on her phone.

A message that will change the world.

The message is a warning.

Dubbed Black Thursday by the media.

Maiden Airlines goes down in the Florida Everglades
Go! Go! Airlines seemingly vanishes into the sea
Dalu Air in to a shanty town in Africa
Sun Air into a creepy 'suicide' forest in Japan.

I'm not sure exactly how much I can say about The Three. I don't want to give anything away - at all.

That is how much it enthralled me, and I want others to experience the same.

It's one of those novels, where the less you know about it, the better.

Others may disagree, but I would just recommend that you pick it up.

Trust me, you won't be able to put it down until you've finished.

Even then, you will still be thinking about it.

The Three is available from Amazon online and all good book shops.