Review: Her by Harriet Lane 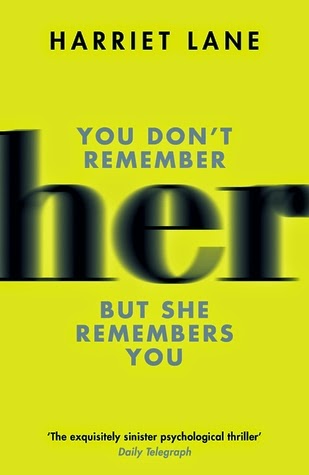 Her by Harriet Lane
Publisher: Weidenfeld and Nicolson
Release date: 01 January 2015
Rating: *** and a half

Back cover blurb: Two women; two different worlds. Emma is a struggling mother who has put everything on hold. Nina is sophisticated and independent - entirely in control. When the pair meet, Nina generously draws Emma into her life. But this isn't the first time the women's paths have crossed. Nina remembers Emma and she remembers what Emma did. But what exactly does Nina want from her? And how far will she go in pursuit of it?

So, I chose to read her by Harriet Lane for several reasons; because it was weekend reads book for January, because it caught my eye when I was buying some other books and because I'd heard great things about it.

Now that I've read it, I can truly understand all the good thats been written about it.

BUT the ending really, really wasn't for me. All the way through I was set to give this book 5 stars until I got to the last chapter or so and thought, okay, I'm not sure about where this is going and by the last page I was like - okay, what the hell just happened? Is that really it?

Her up until then had had me gripped, wondering what I had missed, what was going to happen next and exactly what had happened in the past. To say that the ending for me was an anticlimax is a bit of an understatement, I was so disappointed. On the other hand I can see why others have admired the ending, but I personally felt there was little or no justification for what happened.

Her is told from two female perspectives, that of Nina, a successful artist with a teenage daughter and a loving husband, and that of Emma, a harrassed mother of two, with a loving but somewhat preoccupied husband.

Nina knows Emma, and from the start of the novel it is clear that Emma did something in the past that Nina wants revenge for. Emma doesn't appear to remember Nina though, which I struggled with until the last few chapters, where it becomes clear just how unstable Nina is.

The novel itself is well written, and I am sure that there are people out there who are probably just as unhinged as Nina, but if I had ever met one of those people, I doubt they'd be as easy to forget as Emma has.
Her is available to buy now from Amazon online and all good book shops.